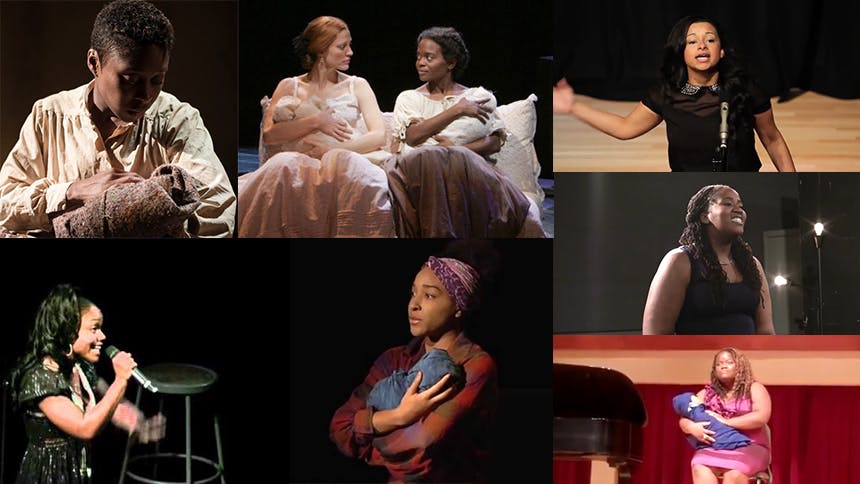 Ahrens & Flaherty’s Dessa Rose officially opened off-Broadway at LCT’s Mitzi Newhouse Theater on this date in 2005. The original production starred LaChanze as the title character, and act one concluded with the beautiful Ahrens & Flaherty gem “Twelve Children”. Whether you’re a big fan of the cult musical or if you have never heard the song before, get ready to be taken with the song and these dozen performances.


Ok, this video actually starts at 4:45, but it’s the first video for a reason. Kenita is queen and she gives you a full-out, super-moving rendition.

Ok…discovering the Tony winner’s version of this was such a treat. DAMN!


I really love her passion while performing. She is going for it!


Adrienne led the 2011 production at University of the Arts, and wow. Her voice is so special and effortless. Come through after that 3 minute mark. I want to see her full production.


Aneesa was most recently seen off-Broadway in This One’s For the Girls. She slays this. Her voice is so full and rich. She sells the story of this song—each lyric.


This young lady’s voice is BEAUTIFUL. She is SINGING. #ParkNBark #Chills


Well it’s clear to see why Nattalyee has starred in Dreamgirls, Ragtime, Hairspray and Hair around the country. She truly slays.


The Star to Be in the most recent Annie revival & Beautiful showstopper performed the song back in college and it was stunning.


I can’t tell if this is college or high school but either way, go Bryce. She takes her time with it and makes sure to deliver all the emotion.


Maya has some really beautiful quiet moments in this song. I loved her softness at 2:30. Beautiful. Then as the listing of names comes, she finds her strength and power. Into it.


This is a sweet, more subdued performance which is also really nice.


Closing it out with LaChanze on the cast recording. What a shame there is no video anywhere of her performing this, even in concert.