Wait For It! 10 HAMILTON Thrilling Trailer Moments Ahead of July 3rd Disney+ Premiere 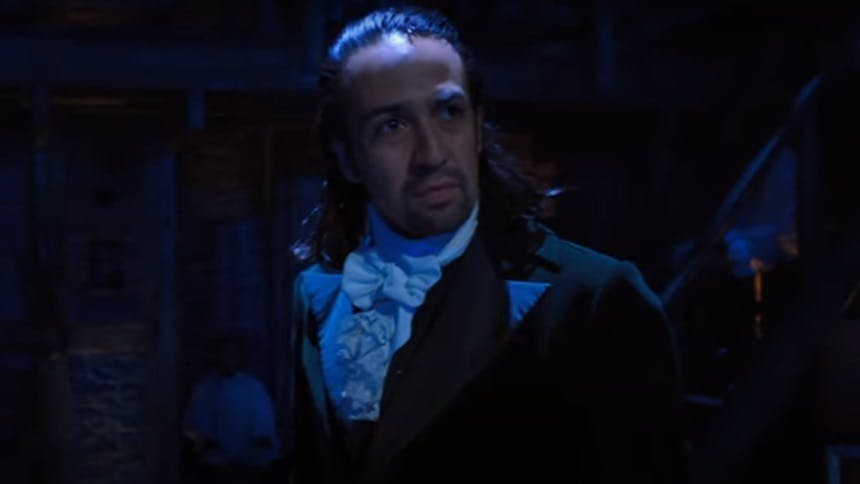 Last night on Father's Day, Hamilton, the sensational Lin-Manuel Miranda Broadway musical about our "$10 Founding Father" released its official trailer ahead of its airing on Disney+ July 3rd.

Are you kidding with these amazing camera angles? It's going to feel like we're not only watching it but we're dancing with the oustanding ensemble and Leslie Odom, Jr.! Also - note the time stamp, we're not even 10 seconds in.

For those fans who have been playing the cast album non-stop since 2015, what a thrill it's going to be to see the show's creator, Lin-Manuel Miranda, preserved in Broadway history forever. There are award winning performances all around from acting, design, choreography and score/orchestration. What a gift.

We get to be in The Room Where Leslie Odom Jr.'s Tony winning performance Happened. His acting choices, his dance moves and his outstanding voice are out of this world.

Those epic cabinet battles, Tony winning Daveed Diggs' rapidly delivering the lyric-filled "Guns and Ships" - we're going to have a front row seat to it all. If you were overwhelmed with excitement seeing the show for the first time, fans can "rewiiiiiind" to catch every passing moment (and finally master that Andy Blankenbuehler Tony winning choreo)!

Do you know how many Broadway fans will be sitting around TV's, computer screens, phones, tablets around the world tuning in to this premiere? We have a front row seat to the cast album coming to life before our eyes. For some, this could be the first time people are witnessing a Broadway show and all the magic it brings.

Will the filming of this musical inspire more Broadway shows to film in this spectacular way? How incredible it would have been to be able to watch the original Broadway cast of say A Chorus Line. Yes, there's that 1985 movie...

We see you King George! Has there been a better bromance in Broadway history than Lin-Manuel Miranda and Jonathan Groff? He might not have hours of stage/screen time in the show but his Tony nominated appearance is fit for royalty!

Around this time this year we were set to be singing Lin-Manuel Miranda's tunes down movie theater aisles at the In The Heights film, written with Quiara Alegría Hudes. The film has since been moved to summer next year. By this time next summer, the world will have seen Lin-Manuel's two Tony winning musicals both of which won best score and musical. Not to mention, will both feature Anthony Ramos who portrays Usnavi in In The Heights and John Laurens/Philip Hamilton here.

The audience cheering! We won't quote Aaron Burr's second act tune, but... it's going to feel like we're there. Grab some snacks and get ready to settle in to what is sure to be epic from the comfort of your living rooms.