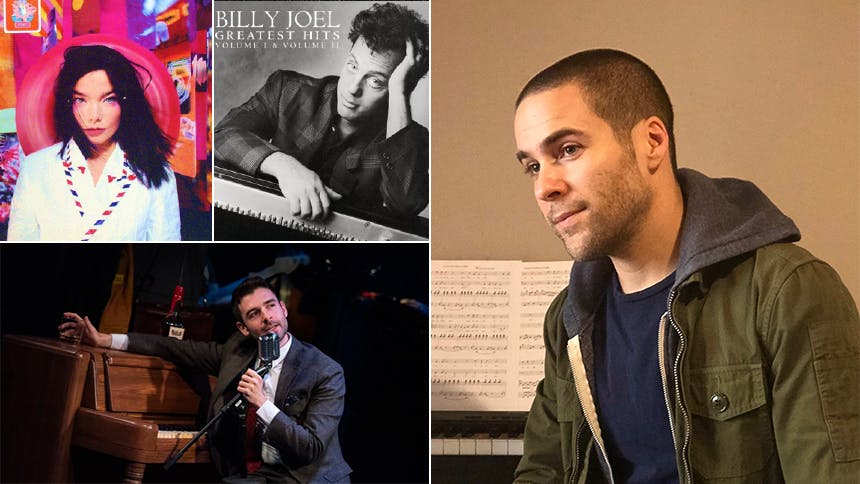 . A musical about love and all its complicated realities, Darling Grenadine previously played at Goodspeed Musicals and the Marriott Theatre in Chicago before arriving in New York—the city which is like another character in the show.


BroadwayBox recently caught up with the Kleban Prize winner in hopes of learning a bit more about him through his early influences. Scroll on as Daniel Zaitchik shares with us five albums by singer-songwriters that inspired him as a teen.

Although I write and love music-theatre, growing up I was most inspired by singer-songwriters—evocative storytellers, many of whom could have written great musicals actually (and some have!). I’m leaving out some major players, but here are five albums that I remember listening to over and over again…

Billy was probably the first singer-songwriter I ever learned about. Each song was a little movie. I remember being so taken by his songs about working class people, war, and American lives, with memorable melodies and incredible piano skills. “Goodnight Saigon” is basically a 7-minute musical (…which I would perform for myself in my bedroom.)
A favorite Billy Joel track: “Summer, Highland Falls”.

I learned about Tori Amos when—after giving a recital of my original music—a friend said “You sorta sound like Tori Amos”—which I heard as “Toreeamuss.” So, I went to the local music store and asked if they had any “Toreeamuss” CDs. I didn’t know if it was a person or a band or what. Eventually the salesperson figured out what I was looking for. My ears rejoiced. It was the first time I heard a piano being played in a way I really understood. And although I probably had no idea what she was singing about, it didn’t matter. She was a magician. I was transported.
A favorite Tori Amos track: “Winter”.


Nina Simone—Don’t Let Me Be Misunderstood

When I was a kid, I had no idea about the fascinating and complicated life of Nina Simone. I only had this one album. Her voice. These songs. Civil rights anthems, folk songs, Broadway standards—she could do it all. And she was enchanting.
A favorite Nina track: “Ne Me Quitte Pas”.

Leonard Cohen was a singular poet. One of the greats. Intimate, expansive, sardonic, hopeful, always questioning—he shied away from nothing. This album was my introduction to him.
A favorite Leonard Cohen track: “Famous Blue Raincoat”

I don’t remember how I was first introduced to Bjork, but man, I was immediately smitten. Orchestral and electronic, she transcended genre, and I was carried from the suburbs of Boston to faraway places. Tidbit: the summer after my freshman year of college I went to Iceland. I joked that I would run into Bjork. And then I actually did. In an IKEA.
A Favorite Bjork track: “Hyperballad” (Brodsky Quarter version)