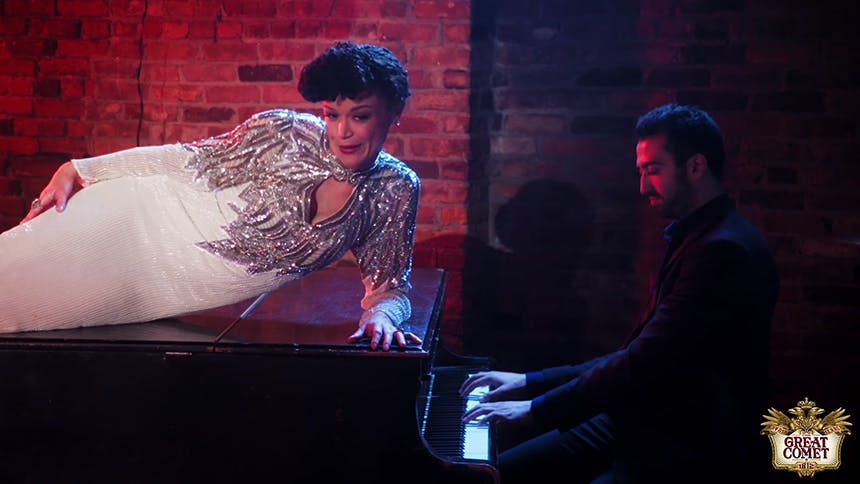 Late in Act One of Natasha, Pierre & the Great Comet of 1812, Amber Gray busts through the double doors in emerald fur to sing the turn up anthem of the summer, "Charming". Her character Helene is described in the prologue as the slut, and her big number is about getting down, owning your sexuality, and flaunting what you got. It's a performance that displays why the Hadestown and An Octoroon actress is one of the rising stars of New York theatre. Just watch her own every moment in this cool, sexy music video.


Then scroll on for summer in four GIFs

Dancing, getting turnt, being the life of the party

Boozing, having a few laughs.

Looking good and knowing it.