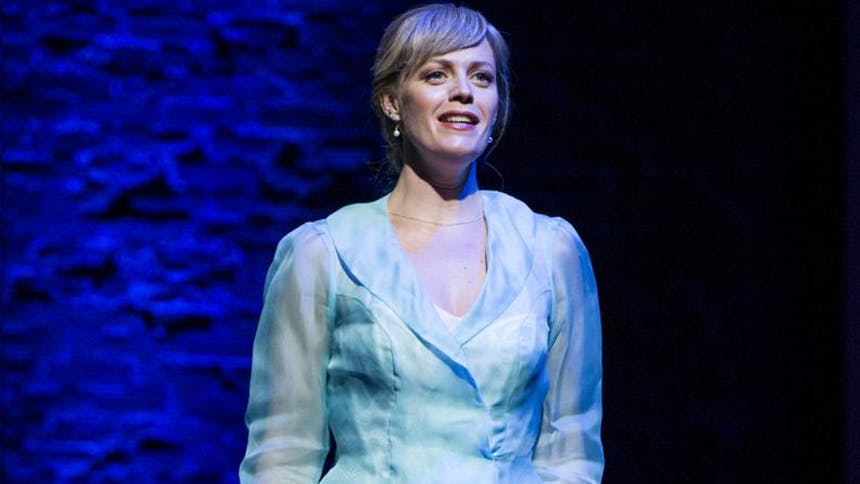 . On Broadway, she starred in On the Town, Cry-Baby, Company and Million Dollar Quartet. She led the touring productions of The Bridges of Madison County and Xanadu, and co-starred as Gussie in the Encores! revival of Merrily We Roll Along. Scroll on as BroadwayBox catches up with Elizabeth Stanley to discuss her sax skills, gaining jokes in translation, and partying with Sondheim.


1. If you were going to go back to before and replay one role from your resume again, which would you choose?
April in Company.  I love that show, and it was my Broadway debut, so I think it will always be a magical role in my memory.


2. When is the last time you picked up the saxophone?
Um. Closing night of Company! ha.

3. Tell me a Xanadu mishap that could still make you laugh.
Not so much a mishap as something that was lost in translation—When we did the show in Japan we had subtitles, but for the most part the audience was quiet during the performance.  However, they always laughed after Sonny and Kira had their first kiss when Kira said in her Aussie accent,  “your kiss, I feel something in my cheeeest.” We later found out the translation said “Your kiss, it tasted like cheese.”  Those cheesy kisses’ll get a girl every time!

4. What’s your favorite memory of On the Town at Barrington?
The Daft Punk album was very big that summer and I have this great memory of one impromptu dance party to “Get Lucky” in our driveway after rehearsal which included the boys dancing on top of their car.  I loved that moment because the spontaneity and silliness was very similar to what we got to create every night in “You Got Me."

5. Will you share your craziest/most memorable audition story?
My audition for Merrily We Roll Along (which I must add,  that whole show/CAST!/experience was pretty pinch me as well!):
James Lapine: What are you going to sing for us?
Me: “Don’t Rain on My Parade”
James: I hate that song.
Me:  Welp. Here it comes.

6. What’s a harder sing Mother or Francesca?
I think Mother is trickier for me because she changes vocally during the show—from a more classical sound in the beginning, to a belt in "Back to Before."  Francesca stays more technically consistent vocally.


7. What’s been the biggest pinch-me moment of your career so far?
The private party Sondheim had for the Company cast at his home the day after we opened.  wut.  I still can’t believe I was there.

See Elizabeth Stanley as Mother in Ragtime at Barrington Stage Company through July 15.