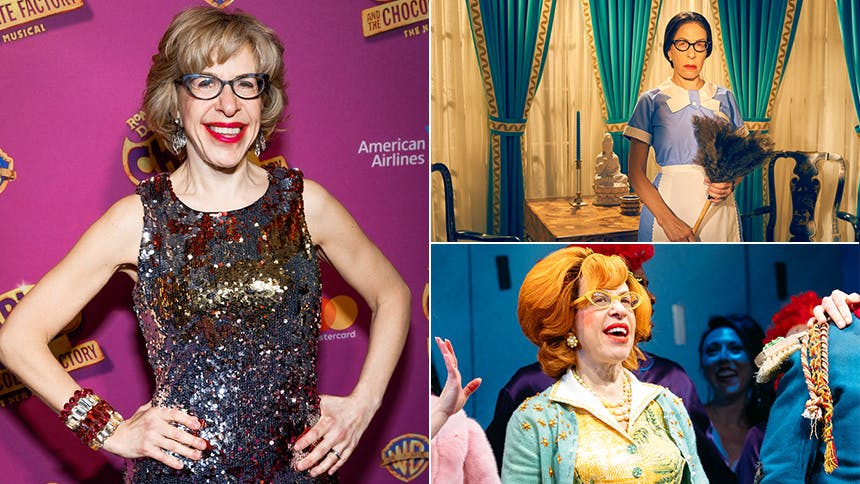 Jackie Hoffman is having a long overdue moment thanks to the one-two punch of her incredible, Emmy-buzzing performance as Mamacita (Joan Crawford’s maid and companion) in Ryan Murphy’s FX series Feud and her scene-stealing work as a boozy, pill-popping Middle America mom, Mrs. Teavee, in the Broadway musical Charlie and the Chocolate Factory 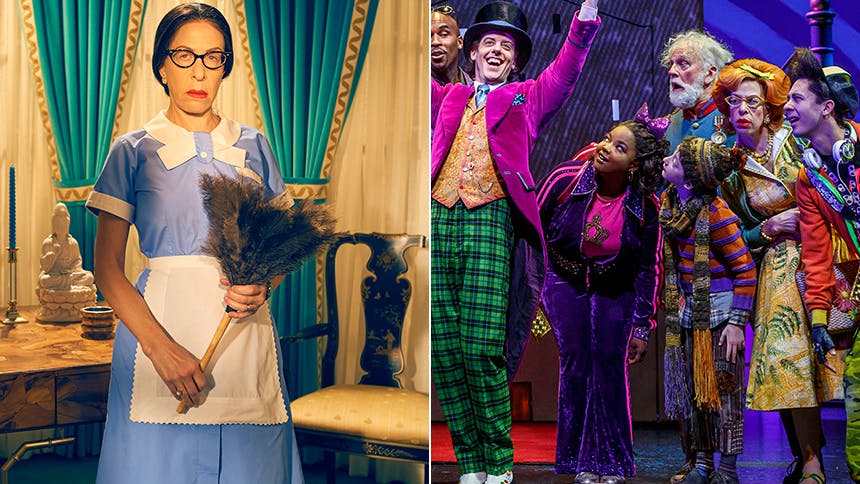 
Beloved by fans for her comedy and Twitter presence, Hoffman is an OBIE and Jeff Award winner whose Broadway credits include Hairspray, Xanadu, The Addams Family, and On the Town. She also frequently guest stars on Hulu’s comedy Difficult People. 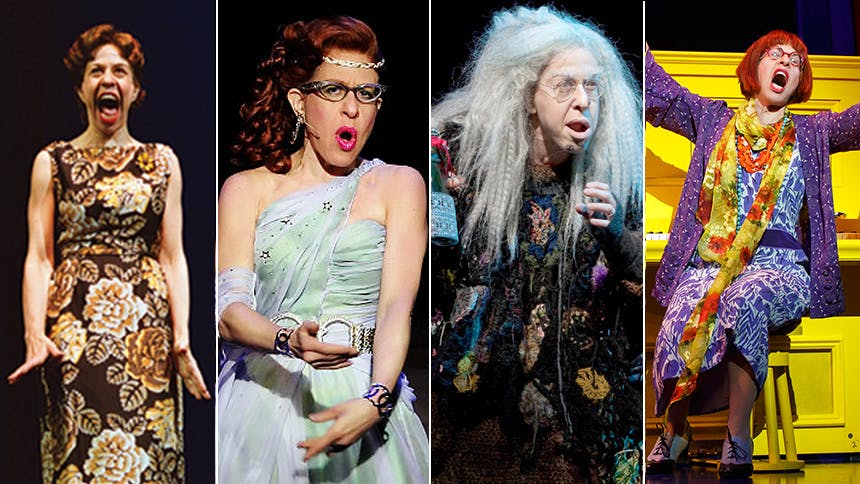 
BroadwayBox caught up with Jackie to get her one-of-a-kind take on the business of Broadway and TV.

I went to Second City then came back to New York and did a play with the Sedarises [The Book of Liz with David Sedaris and Amy Sedaris]. Then Marc [Shaiman] and Scott [Wittman] saw the play with the Sardises, and then they wanted me for the workshop of Hairspray—a bit of bang, a bit of boom. Just do whatever you can.

You talk about relationships. What is an important relationship you fostered professionally that has led to specific projects?
Marc and Scott or Jack O’Brien—really, everybody is an important relationship because you don’t know who will use you again and who is connected to whom. There’s no one relationship that is most important. It’s not like Joe Mantello uses Blah Blah in everything—and Blah Blah is not me by the way; he doesn’t use me in anything! You’re going to have your fans and you’re going to have people who don’t see you. It’s incredibly frustrating and you’ll never know why. Your agents know why but they won’t tell you.

What are you like in a rehearsal room? Do you find your comedy in the room or in front of an audience?
There’s nothing like finding comedy in front of an audience. They are the best teachers for that. The room should be a safe space for you to create. Don’t be afraid to be creative but have respect for your writer and director. For Hairspray, Second City was still fresh in my head and I pretty much found those characters on the spot.

You’ve created several acclaimed solo pieces. Do you think it’s important to craft and create for yourself around your talents?
What can I tell you about this? You want me to tell you how to create a brilliant 70-minute show? I can’t tell you that. An amazing and nauseating pluck of young actors now are writing their own screenplays and taking things into their own hands. The power is in the writing—that’s where the power is. If you can create your own material, great! If you suck at it, don’t do it. Spare us all.

What has this past year or so taught you about navigating between television and stage?
No matter how much you think you can go smaller, you can always go smaller for TV. This was a character that especially had to do that. By reining in my wings, I was able to spread my wings—which was great training for me. Now where Difficult People was written for me at my most obnoxious, most Jewish, most shrill. Julie [Klausner] knew there was no limits where I could go with that, which is the complete opposite of playing a very subdued German hausfrau. I’m very fortunate to have that variety.

How do you navigate a relationship now with someone like Ryan Murphy who has bunch of TV shows and who you want to work with again?
Ryan used me on a show called The New Normal, where I played a Jewish mom, so he knew me. A little bit of loyalty came through. I’d be lying if I said I didn’t want it to come through again. One day we were on set with Ryan and Jessica said, ‘I don’t want to do episodic television anymore.’ And I said ‘I do!’

What’s surprised you about Charlie and the Chocolate Factory compared to your other Broadway credits?
It’s a more demanding show in certain ways. I’m onstage for the entire second act. I’m learning a lot from Christian Borle, the bastard who only gets funnier. I’m learning how to perform for children without running into the audience and strangling them—that’s an important lesson.

What’s important to know about doing a long run on Broadway? How does it change your performance
Well, I told Jack O’Brien, we are going to keep finding stuff, especially with this. It’s been happening. We are having so much fun with each other. You relax into it. It’s unfortunate that press assholes come as early as they do because people haven’t found their stride yet in the show.

What about awards, and the pressure internally and externally that’s put on actors around awards season?
What do I know about awards? I’d say pretend it doesn’t even exist and if it happens, great. Get your HIV test and walk away from it.