Hot Clip of the Day: "You'll Never Walk Alone" From The 1994 CAROUSEL Revival 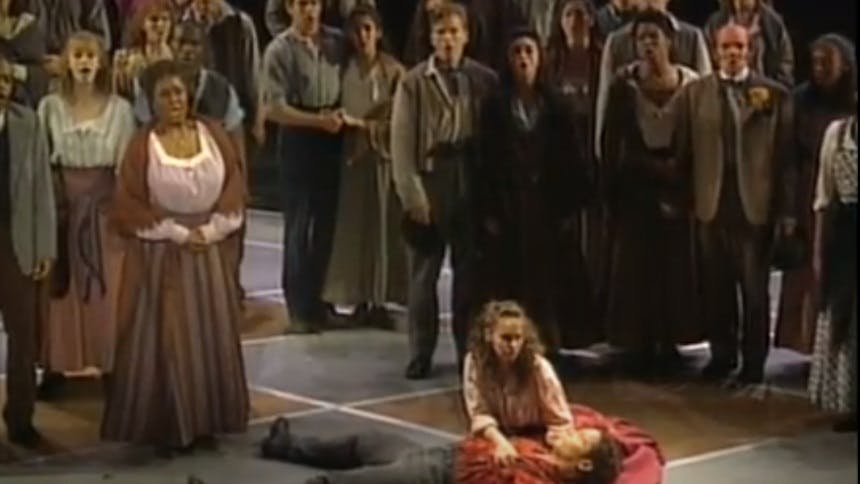 
Ulterior Motives: May 7th marks Tony Award winning director Nicholas Hytner's birthday! Hytner directed a number of Broadway's finest shows including the original Miss Saigon in 1991, the star-studded LCT revival of Twelfth Night in 1998 with Helen Hunt & Paul Rudd and this 1994 revival of Carousel where he was awarded his first Tony Award for Best Direction of a Musical. In the 2000's, he went on to become the Director of the National Theatre in England directing dozens of productions. Most recently, he created the Bridge Theatre with Nick Starr close to the nearby Tower Bridge in London. The company's repertory has an emphasis on new works.

Hytner also directed a film beloved in the theatre community that featured a number of Broadway faces, Center Stage, which celebrates its 20th anniversary this year.

"There's nothing left for US to do but dance!" as they declared in that film's finale and we wish you a very happy birthday Mr. Hytner.

Ultimate 🙌 🙌 moment: Remember in Highlights Magazine, you search for the pencil in the tree or the hairbrush in the pile of leaves? Well even forget about finding Waldo in his crazy books too because the ensemble of this production of Carousel is a who's who of Broadway's best if you look closely.

Get those glasses on and spot the stars during the slow camera pan starting at 1:26. You'll find Audra McDonald (1st time Tony winner that night!), Taye Diggs, Natascia Diaz, and Brian D'Arcy James!