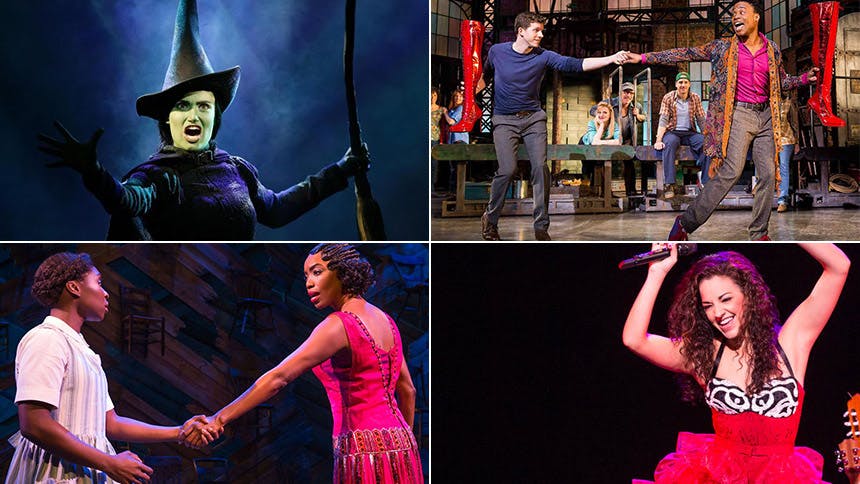 A perfect act one finale leaves audiences in a state of euphoria or completely gutted for intermission—or at the least gives you something to buzz about for 15 minutes. These 10 musicals are the best of the best currently on Broadway when it comes to act breaks.

The big costume ball that ends the first act of An American in Paris is so exquisite and so rich, it takes your breath away.


As sung by Ms. Cynthia Erivo and Ms. Heather Headley, the phonebook would have made this list. Nettie may be alive but, by the end of act one, the audience is DEAD!

The frenetic, sexual energy of Waitress’ act one finale has audiences LOLing into intermission. It also leaves you a hopeful for these trapped characters you’ve come to love.


About half-way through the song, Elder Cunningham’s big revelation becomes a hilarious send-up of Les Miz’s “One Day More”, and it’s the only way this gut-busting, referential musical could have ended its first act.


Drag queens on conveyor belts, what more do you need?! And you’ll definitely be singing the lyrics in the lobby of the Hirschfeld for the following 15 minutes.

5. “The Wedding”, Fiddler on the Roof

This is tricky ‘cause technically it ends with the pogrom; but if you rewind just a few minutes, Fiddler’s wedding scene is spectacular. The joy of Tzeitel and Motel’s wedding, the bottle dance, Perchik and Hodel integrating dance for Anatevka—it’s just a long, wonderful way to end a serious musical's first act.

4. “This Bottom’s Gonna Be On Top”, Something Rotten!


Nick Bottom’s big dream number pushes the limit of double entendre and features a tap battle between Will Chase and Rob McClure that makes your heart take flight.


If euphoria is the goal, no one hits the mark like On Your Feet!. Young, old, jaded, excited—doesn’t matter—everyone feels the electricity of this number. The biggest act one finale smile comes from dancing up the aisles of the Marquis Theatre.

Like Mormon, the act break of this Tony and Pulitzer-winning hit does that “One Day More”/“Quintet” quodlibet of having the major principals appear again singing their own sections, but in the most genius, original way possible. #AngelicasSoloAllDayLong


When the book is written on iconic moments in Broadway history, The Wicked Witch taking flight, broom in hand, belting “Defying Gravity” will sit right next to Effie White demanding you love her.