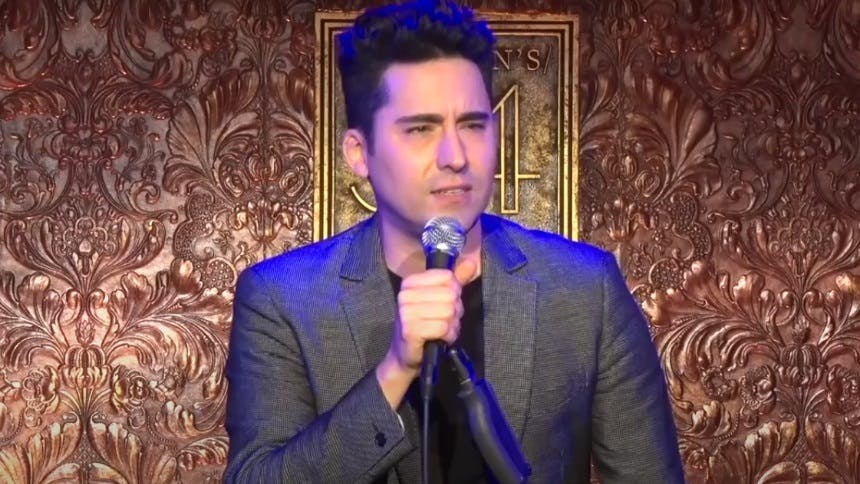 Tony, Drama Desk, Outer Critics Circle, Theatre World and Grammy Award winner John Lloyd Young is one of a very small orbit of actors (keeping company with Rex Harrison and Robert Preston) who has had their Tony Award winning performance as Best Actor in a Musical preserved in the silver screen adaptations of the musicals in which they starred (coincidentally all with Warner Brothers Studio). Young was sensational in his portrayal of The Four Seasons' headliner Frankie Valli in the Broadway musical beloved worldwide Jersey Boys. He reprised his star turn in London's West End and in the Clint Eastwood directed 2014 film adaptation.


In recent years, John Lloyd Young has been travelling the country performing sold out concert sets at Manhattan's Feinstein's/54 Below, Café Carlyle, Lincoln Center as well as venues across the country including The White House, The Hollywood Bowl, The John F. Kennedy Center for the Performing Arts, Feinstein's At The Nikko in San Francisco and countless others. Audiences joyfully return time and time again to his concerts to hear his effortless tenor/falsetto skills on classic r&b and pop throwback tunes from decades ago. Ever the theatre fan, audiences might also recognize Broadway melodies near and dear to his heart as a Brown University Theatre graduate.


On Saturday July 25th at 9pm EST, in the comfort of your own home, you have the opportunity to experience one of John's awesome concerts as part of The Space Las Vegas' Livestream Concerts. As fans can expect to hear songs from his debut solo album My Turn, we've compiled 7 incredible clips of multi hyphenate award winner John Lloyd Young singing tunes from this fantastic album to enjoy!


For more information on John Lloyd Young as well as his upcoming livestream concert Saturday July 25th at 9pm EST, visit The Space Las Vegas or his official website.