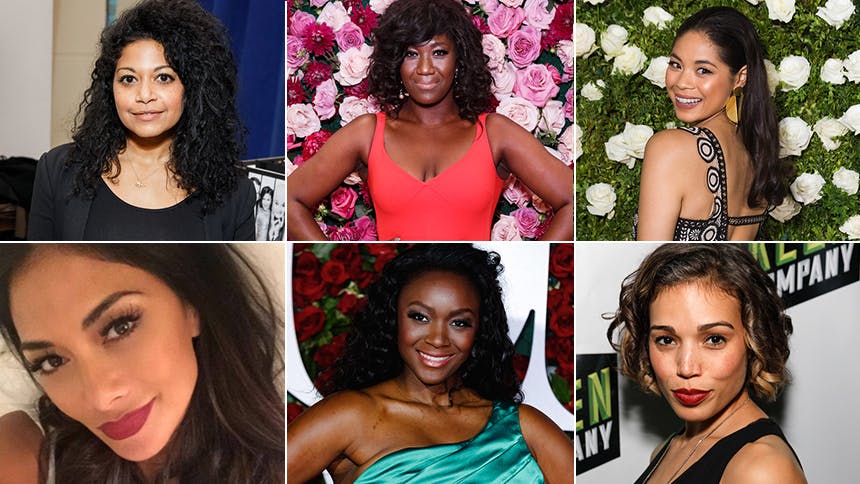 on January 16, taking over from BBox fave Betsy Wolfe as Jenna, opposite Jason Mraz.


Sara, Betsy, and original Tony-nominated star Jessie Mueller have each brought something completely new and exciting to the role of Jenna (a gifted pie maker stuck in an unhappy marriage who finds herself unexpectedly pregnant), but we can’t help what the show, role, and score could gain by casting a woman of color as the next, fourth Jenna after Bareilles ends her shift on February 25. Scroll on as BroadwayBox shares our top picks of Broadway actresses we’d love to (realistically) see in Waitress.


Put me down for a pair of prems. The Murder Ballad, American Idiot, Passing Strange, Hedwig, Love’s Labour’s Lost, etc etc showstopper can sell a lyric like nobody’s business, she is a fine actress, and she's radiant on stage.


Amber Iman should be a big star by now and I’m tired of waiting for the role that will bring her to the next level. She’d sing this score to death. They'd have to release a supplement album Brooke Shields in Wonderful Town style.


This Tony-nominated queen and former Elphaba would bring the drama and the vocals. I’d have to be carried out of the Brooks on a stretcher after hearing her do “She Used to Be Mine”.


The standout replacement star of The Book of Mormon should return to Broadway in a role that lets her talent fully shine.


Anything to bring the Hamilton star back to Broadway but especially this.


She might be young, but who cares when she opens her mouth to sing?! Eva is a star and stars are ageless.


She’d bring such a joy to Jenna (much like Betsy Wolfe does), and it makes all the difference to have a luminous Jenna at the musical’s center.


If I’m still thinking about her Squeak nearly a year later—imagine what this Color Purple standout could do with a big, leading role?!


Legit wild to me she’s never made her Broadway debut. What a talent! Someone give her a “star-is-born” opportunity.


The Jane the Virgin star would bring in a whole new audiences to Waitress. She's so lovable on screen and we'd love to see her bring that to the stage.


The Groundhog Day leading lady can clearly handle complicated material and make a big Broadway audience fall in love with her (over and over again).


Come on! The Pippin, Hunchback, and Tick, Tick…BOOM! star is a no brainer.


We have not seen Krystal Joy on Broadway since her sensational turn as Diana Ross in Motown and that should change ASAP.


The warmth and vocals she brought to The Color Purple and The Wild Party landed Joaquina a spot on our Waitress wish list. She would bring this to the next level.


Keeping with Waitress’ casting of music industry stars, this would be a big Broadway debut for the West End Cats Olivier and Grammy nominee.

Waitress
Discount up to $60
Newer
21 Killer Clips of Broadway’s Chicago Through the Years
Older
Exclusive! Watch Jay Armstrong Johnson SLAY Kerrigan and Lowdermilk's "Run Away With Me" from The Mad Ones