Ana Villafañe Shows Us What Goes Into Looking & Feeling Like a Superstar in On Your Feet! 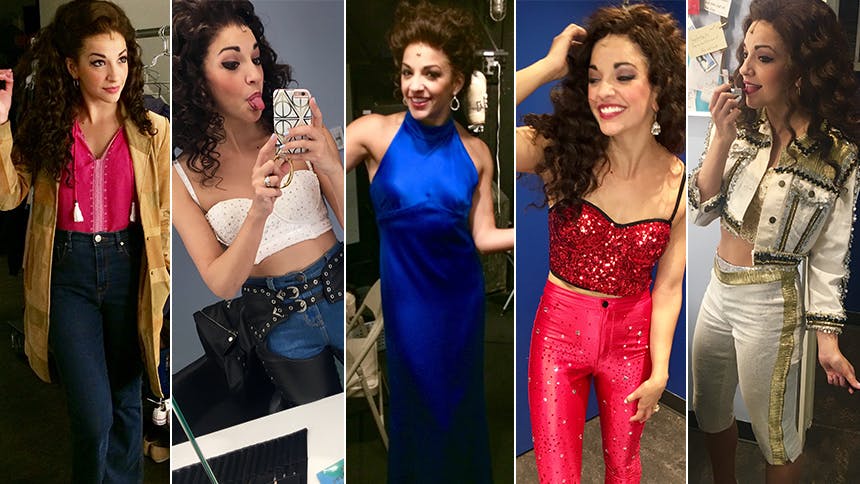 Ana Villafañe makes a Broadway debut for the ages as Grammy winner Gloria Estefan in the hit bio-musical On Your Feet!. With undeniable star quality and talent, Villafañe takes the audience on a wild ride as the music icon, from her teen years in Miami to the heights of pop stardom to her horrific bus accident and her incredible recovery. As she spans the decades, audiences watch Gloria's look evolve in a series of fantastic costumes designed by Tony nominee Emilio Sosa.

Below, Ana Villafañe gives fans a look at the pieces in her On Your Feet! wardrobe and shares with BroadwayBox the stories behind each. 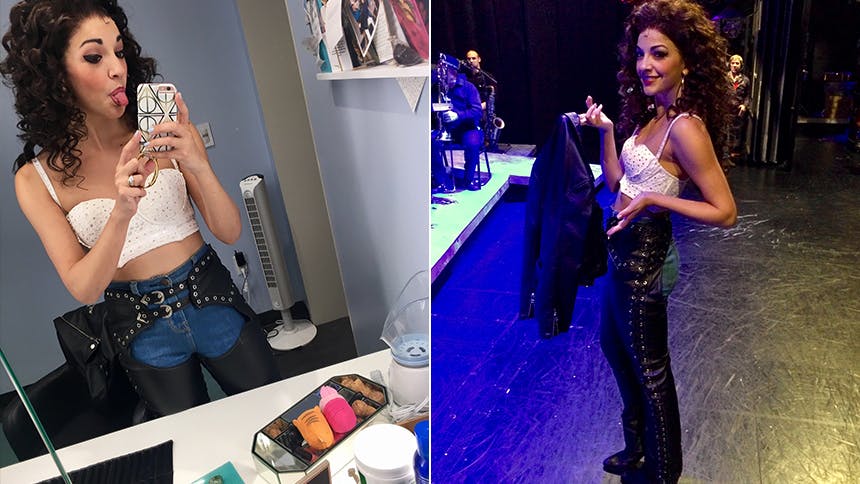 The show kicks off in Gloria's famous leather chaps... this look only gets about 30 seconds of stage time, but it is absolutely epic. I love that the character is established in such a powerful way. 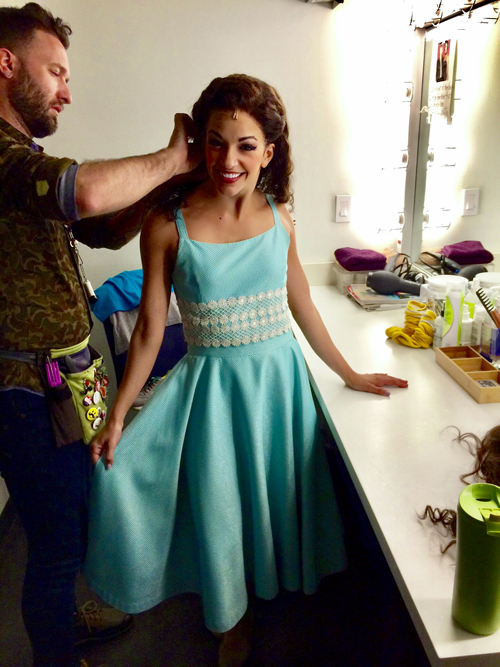 Our story goes back to a young Gloria (played beautifully by Alexandria Suarez, and on certain matinees by Fabi Aguirre). I make my entrance as the 17 year-old Gloria in this outfit for a big production number called "Tradición". It's all about celebrating our culture. I feel like a Disney princess in this skirt which moves beautifully with the choreography. 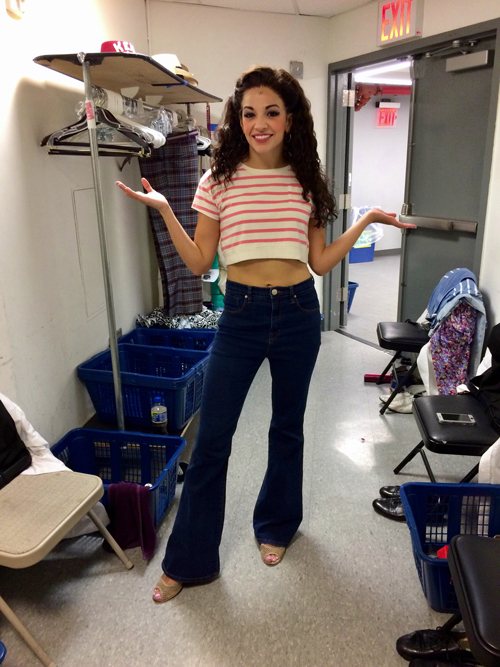 This outfit is the 19-year-old Gloria. It's amazing to grow up throughout the story and really "find myself" as the superstar we all know and love. 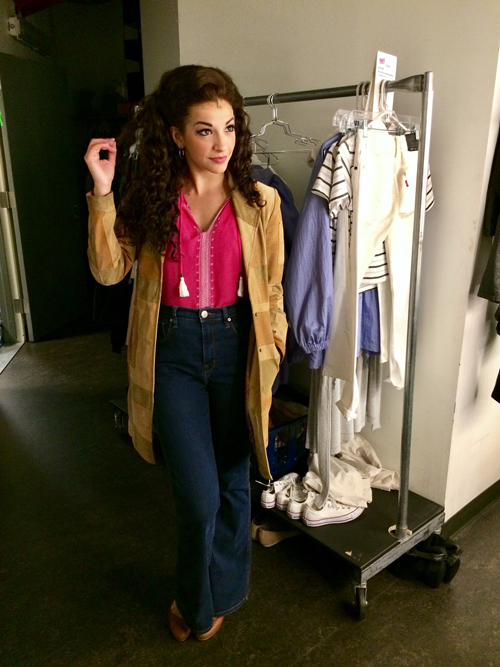 As she starts to mature, so do the looks. This patchwork trench is fierce. It's the only scene where we see Gloria in a meeting with a record executive. And the jacket quickly comes off for her first date with Emilio. 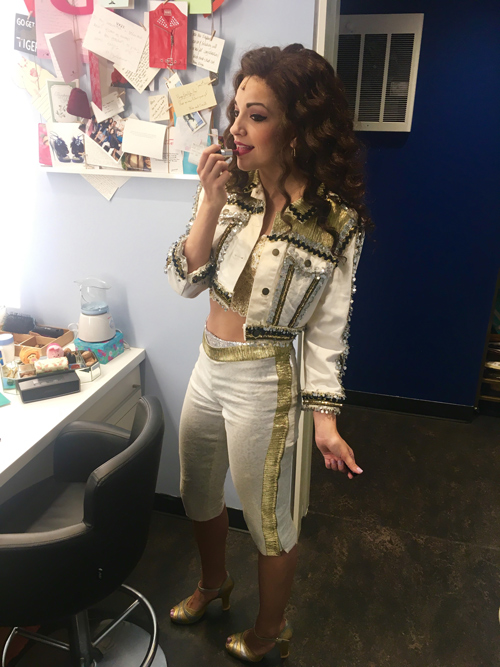 Obsessed with this all-white look. We open the second act with a medley of concerts—I have three costume changes in this one huge number. I feel like a complete superhero. 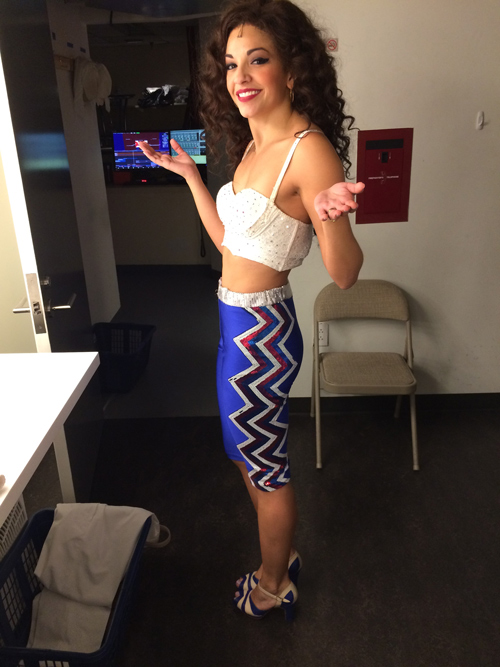 This outfit is my "second skin" because I'm wearing it under most of the costumes in act two. It was also the source of my anxiety when I was getting in shape for the show before we opened. I wear this in a concert scene for "Cuba Libre" so it features the red, white and blue of the Cuban flag. 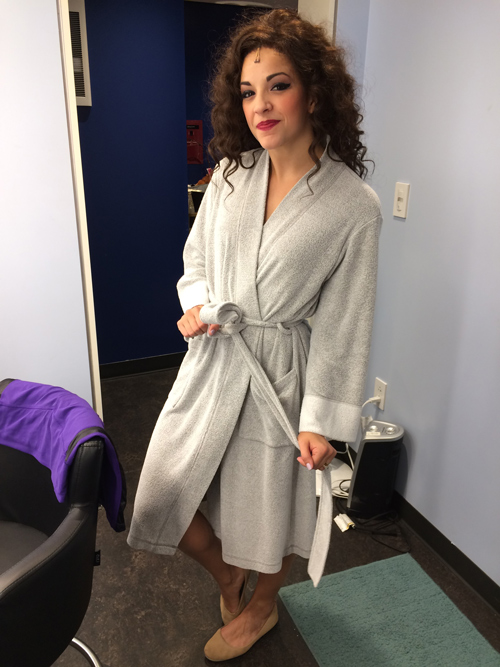 Hands down the most comfortable costume I have. I'm wearing this in the most intimate scene—the only moment where Gloria is on stage alone, and bares her soul to the audience. It might be my favorite part of the show. 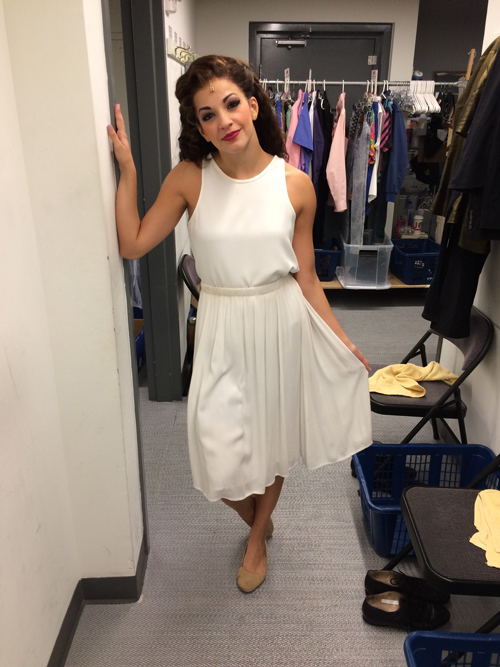 This is my "Wrapped" look. It's technically a dream sequence that takes place while Gloria is in surgery. Everyone on stage is in white. I cried in rehearsal when I first saw this number—it's so moving. 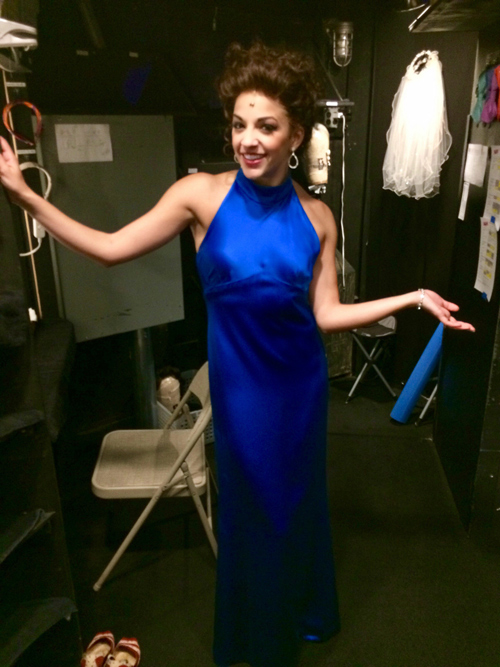 This dress is a perfect replica of Gloria's iconic gown from the American Music Awards... it still blows me away that I get to recreate that moment on Broadway. 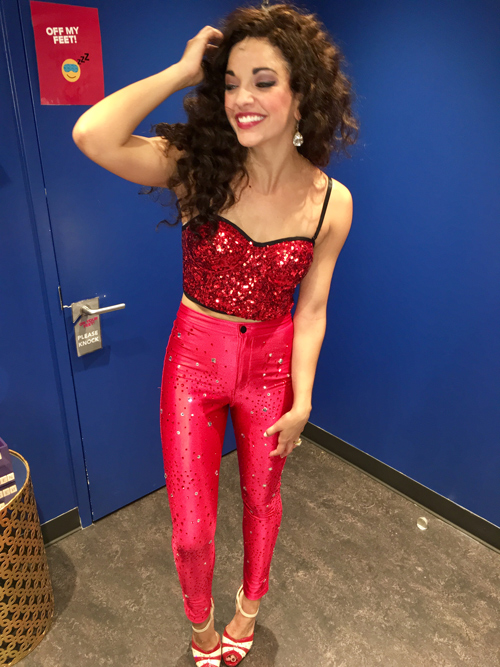 This is how we end the show! Completely bedazzled, in all red. There's a red leather jacket that goes with this look, but it's pretty heavy so I take it off the moment I walk off stage. I can still hear the audience going nuts in the house when I walk into my dressing room. It's delicious.

See Ana Villafañe slay the house down as Gloria Estefan in ‘On Your Feet!’ at Broadway’s Marquis Theatre.