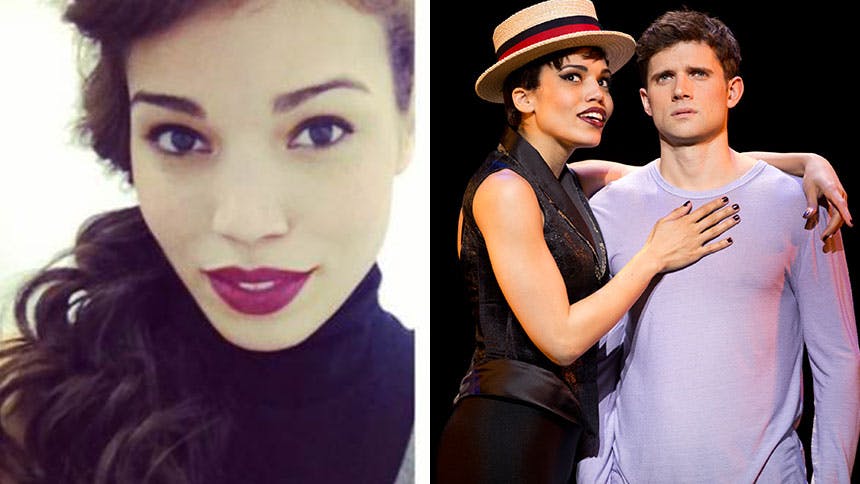 She cast a spell on us in Big Fish, then we favorited some of her videos on YouTube and now Broadway breakout Ciara Renne is back on the boards giving us magical moments as the Leading Player in the Tony-winning musical Pippin. BroadwayBox caught up with Renee to get the scoop on life in the circus, the animated Stephen Schwartz films she loves, JLaw and the two days she spent wanting to be a veterinarian.

1. The first-time I saw the revival of Pippin, I thought
“Oh, THAT'S what it's about!” I didn't really get the show until I saw this incredibly intelligent and awe-inspiring production. Now I'm hooked!

2. If I were in the circus, my trick or stunt would be
These performers are unbelievable and I don't pretend to possess the kinds of skills they do! But, I got pretty decent at making balloon animals during Big Fish, so I'd probably just do that.

3. Favorite Stephen Schwartz song of all-time
I’m a huge fan of “Out There” from Hunchback, and I also LOVE the entire Prince of Egypt soundtrack. I wish they would stage that musical!

4. If I had to describe my Leading Player in one word it would be
I don't think a single word could ever be enough to describe such an intense, complex, powerful and beautiful character! Even those four words are just barely scratching the surface!

5. My must-see TV show is
It used to be Downton Abbey, but I've been so busy with rehearsals I've completely missed this season!

6. The ultimate way to unwind is
Play with a puppy! If only I had one!

7. My dream vacation would take me to
France, of course! I'm a huge Josephine Baker fan, so I would love to see her estate, Château des Milandes!

8. My celebrity crush is
Jennifer Lawrence! I just want to be her best friend—she's so down to earth and straightforward!

9. When I was younger, I wanted to grow up to be
For possibly two days I wanted to be a vet, until I realized being vet didn’t mean just playing with puppies all day. But forever and always I've wanted to be a singer/performer.

10. The book I can reread for the rest of my life is
Pride and Prejudice… I'm obsessed!

See Ciara Renee stirring up trouble and intrigue as the Leading Player in the Tony-winning Broadway revival of Pippin at the Music Box Theatre.