14 Soaring, Moving, & Epic Performances of Maltby & Shire's "The Story Goes On" from Baby 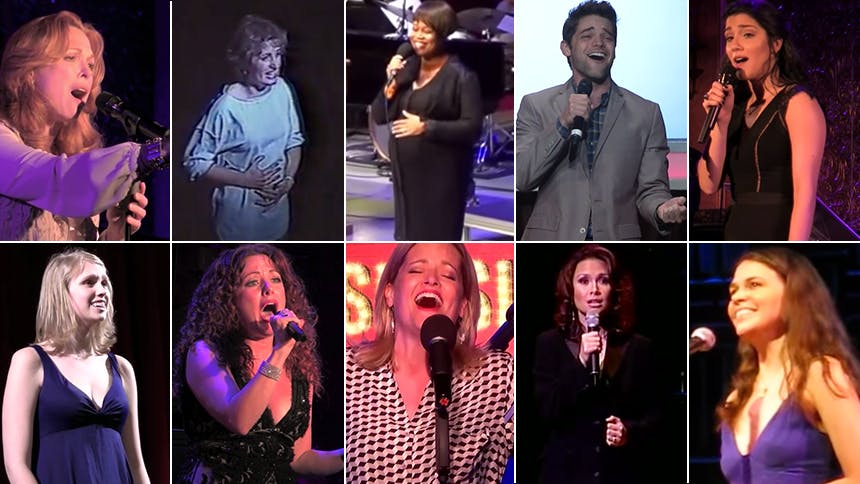 The Tony-nominated musical Baby opened on Broadway on December 4, 1983 and Liz Callaway broke out as the show’s Tony-nominated star thanks to her iconic Act One finale “The Story Goes On”. Today, BBox celebrates Baby’s 34th birthday with 14 of our favorite versions of the Maltby & Shire anthem.


Let’s start with Lizzie belting for her LIFE in the OBC. Then read her talk about creating this moment.


It’s not getting much better than this. This is EVERYTHING—top-drawer Carolee. Brace yourself on something sturdy for 2:37 to the end—and make sure you’re sitting for 3:30. Queen!


The name of this game is A-C-T-I-N-G. Give her a third Tony for this alone. I nearly passed out at 2:40. Effortless.


Between this and “It’s All Coming Back to Me Now”, I’d pay top dollar for a concert Jeremy Jordan Sings Your Favorite Female Songs.


The Once On This Island star did a gorgeous, emotional version during her Carnegie Hall concert and even brought out Liz Callaway for the big finish. It was epic.


The second of two Liz duets, this performance drives home what a star (and theatre nerd) Sam Massell is. I wish she had even more solo moments, and let’s give it up for Liz—that voice don’t quit.


Rosena gave me absolute life. David Shire left a comment on this video about how much he liked it. She is bringing it to the next level with all that passion and vocal flare. I’m going to bookmark this to go on a separate YouTube spiral just about Ms. Rosena M Hill.


Don’t be distracted by the fun, funky arrangement—it’s all about those full vocals.


The Joseph narrator and Children of Eden star brings that clear, powerful voice to the number. That “when I’m long gone” at 3:16 shook me.


The Honeymoon in Vegas and Annie star brings a slow build—she’s in no rush to get to those big notes but when she does (starting around 3:05) it’s just wonderful.


The Sound of Music tour star (and daughter of the lyricist and director) is giving a full-out performance and I’m taking the journey with her. Loved it. Then when that ensemble comes in…Yes!


This is a teenager! That sound is coming from a 16-year-old at theatre camp. *Infinite praise hands*


West Covina may be famous for Crazy Ex-Girlfriend but you best bet Valerie Zisser was bringing the Broadway magic at 100% long before the CW show.


For the grand finale, we present VOCALS, VOCALS, VOCALS. Seriously, the SpongeBob star SLAYS this song the house down. I watched from 1:50 to the end three times in a row on repeat.