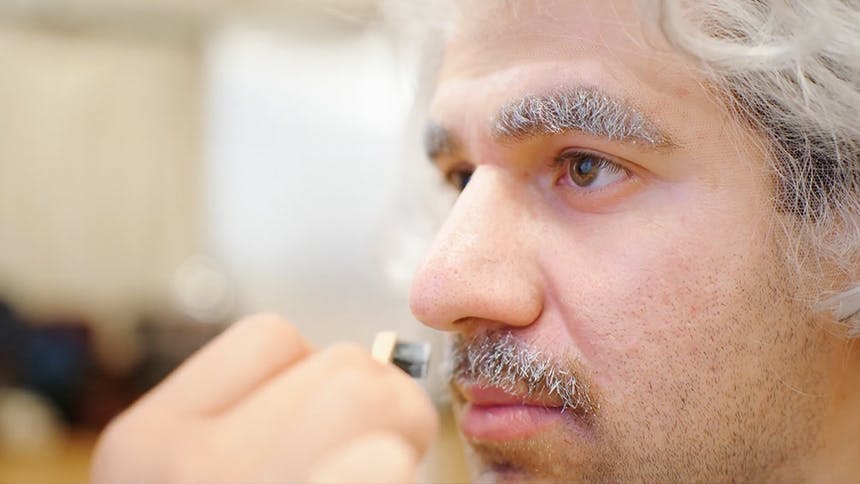 The new musical Einstein’s Dreams makes its New York premiere this month at off-Broadway’s 59e59 Theaters. Produced by the Prospect Theater Company and based on the bestselling novel by Alan Lightman, Einstein’s Dreams focuses on Albert Einstein in 1905, during his miracle year, in which the true potential of his genius was unlocked through dreams. Zal Owen (The Band’s Visit, Fiddler on the Roof) stars as Einstein, and in the video below, you can get a first look at Zal’s transformation into the legendary physicist and also hear a little of the Joanne Sydney Lessner & Joshua Rosenblum score.