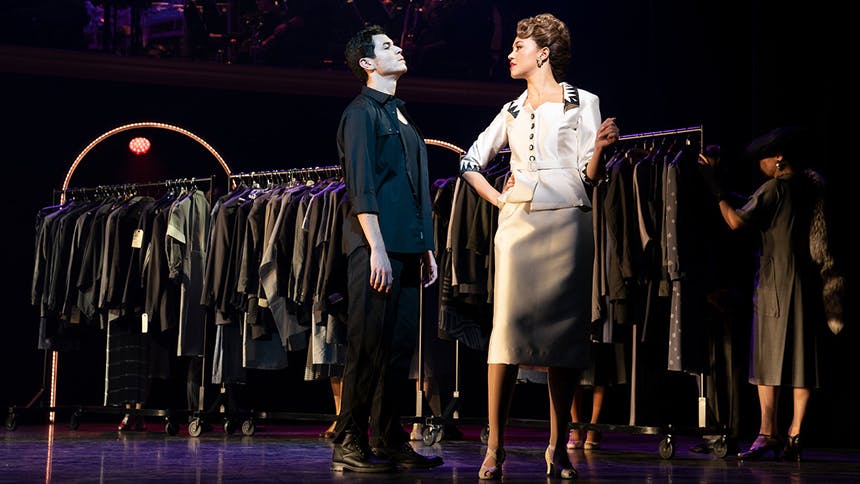 . The new production runs at New York City Center November 13 through 24. Naturally, New Yorkers are snatching up tickets, because who doesn't love a good Evita?! In addition to leading the world premiere of Prince of Egypt, Jason previously starred on Broadway in Bring It On and Spider-Man Turn Off the Dark. Catch him at City Center because he's absolutely singing the house down in Evita.


BroadwayBox caught up with Jason to discuss taking on Che, the vision that sets this production apart, and honoring the musical's legacy while trying something new.

1. Che in Evita—how exciting! How did this opportunity happen for you?
It is SO exciting! And it happened the normal way: an audition with our brilliant director, Sammi Cannold, and Musical Director, Kristen Blodgette. I sent in my audition video, came in for a callback, and that was that!

2. What’s your goal with Che in this production? What were discussions like with director Sammi Cannold that informed your performance?
I always joke with Sammi about how we can talk about this role and this show forever! The piece is remarkably complex and there were many discussions that informed my (our) interpretation of Che. First, we talked about how, in this production, Che is Everyman (meaning he is NOT Che Guevara, as he is sometimes portrayed). Here, he represents the men and women in Argentina who opposed Eva Peron and her politics.  He also functions as the show’s (very biased) narrator, leading the audience through the story of Eva’s rise to fame and glory.

I think the goal in our production is to set up both Eva and Che as storytellers with very different versions of Eva’s life. She wants to be remembered as a human being who gave her life to her country, and he wants people to remember her as a celebrity who took advantage of the people that she claimed to fight for. Ultimately, Eva wins. In our production, we allow the audience to experience a deeper connection to her past that justifies why she did the things she did. Sammi Cannold for the win!

3. What was your first introduction to the musical Evita?
I actually didn’t know the show very well prior to auditioning for it. I had never seen a production onstage or the film in its entirety. So, I was gifted the opportunity to immerse myself in the show’s history with fresh eyes!

4. What do you want the New York Evita fans eager for this production to know going in?
I want Evita fans to keep an open mind, and support this new and exciting vision of what Evita can be. I also hope that fans leave room for new interpretations of these characters. We understand that we have big shoes to fill, and our hope is that we honor the legacy of these brilliant performers while putting our own stamp on these roles. Wait until you see Solea Pfeiffer’s Evita! She’s incredible!

5. What’s the last TV series, movie, or theatrical show that absolutely rocked your world and what spoke to you about it?
Hadestown wrecked me in all the right ways. I was so moved by every element of it—the story, design, direction, performances—it was musical theater heaven. Also, I loved Years and Years on HBO—so thought-provoking with some really compelling performances. Okay, last one: Adrienne Warren in Tina: The Tina Turner Musical blew my mind in London AND on Broadway. Go see her kill it!