Jack Saleeby Talks About the Rich History Surrounding His New Musical About Gay Teens in the Victorian Era, Bright and Brave 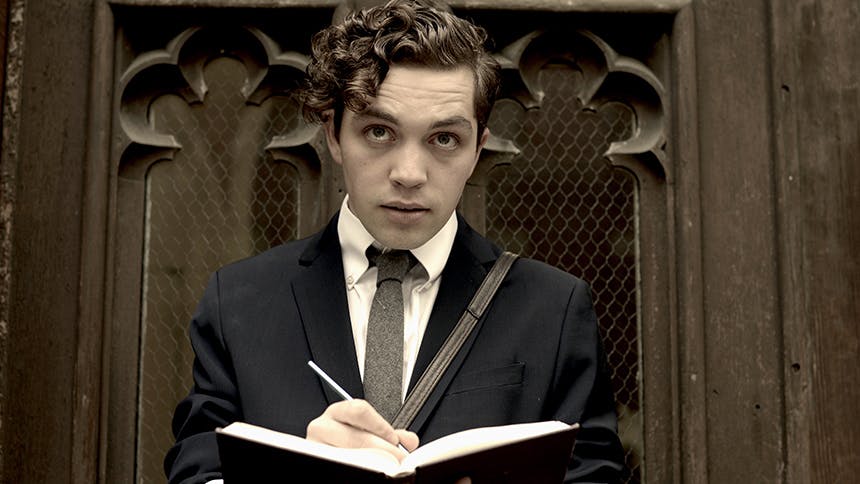 receives its world premiere off-Broadway this month at Dixon Place. Set at England’s Eton College in 1872, Bright and Brave puts a Victorian era spin on the gay teen love story. The original musical is inspired by Morris B. Kaplan’s Sodom on the Thames and the lives, words and poems of William Johnson Cory and Reginald Brett, Second Viscount Esher.


BroadwayBox recently caught up with Jack Saleeby, who, in addition to being Bright and Brave’s lyricist, also stars in the production as Regy—the young man who falls in love with his best friend, Chat. Read on as Jack shares the real-life inspirations behind the story, the history of homosexuality in England at the time, and what sets Bright and Brave apart from other love stories.

1. How did Bright and Brave first come about? How did you find the journals and letters that inspired the piece?
The idea of Bright and Brave first came about the way I imagine most potentially great ideas do: a box of wine, four college students, and a communal kitchen table. It was my senior year of college. At the time, I was the executive intern for Jujamcyn Theatres and the words and whispers throughout the halls of both our Long Island campus and the offices of the St. James Theatre were “create your own work.”

As a gay man, I knew I wanted to speak from my experience and that I wanted to tell a queer story. I considered writing something autobiographical but at the time it felt selfish and inappropriate. So, I began to look for gay stories that specifically explored a person’s sexual discovery as well as their first love.

My best friend and roommate, Noah Silva, gave me a nudge towards Victorian England. With that little push, I fell down the rabbit hole of research and found myself sitting in the basement of our school library with two books. The first was Ionica, a book of poems by William Johnson Cory, a former scholar of Eton college. The second, Sodom on the Thames: Sex, Love, and Scandal in Wilde Times, a book by Morris B. Kaplan that explores the forced resignation of William Johnson Corey and the lifelong love affair between two of his students, Reginald Brett and Charles Williamson.

After a long rainy afternoon spent in a library, jumping between Kaplan’s research and Corey’s poems I found myself with tears streaming down my face, reliving all the joy, pain, excitement and sorrow of the first time I fell in love.

I shared my discovery and pitched the idea of writing a musical over a box of wine to my friends and eventual fellow collaborators Noah, Natasha, and Peter. The next morning, we began writing and we haven’t really stopped since.

2. How does this love story feel different than other gay teen love stories we’ve seen on stage or in film?
What sets Bright and Brave apart from other gay teen love stories currently seen on stage or in film is the exact thing that made it interesting to me in the first place: its time period. I’m about to become a history geek for a brief moment but I promise you, it’s worth it.

We begin in 1872. Our characters are growing up in England during the 1860 “permissive” boom, which was very similar to the 1960’s “Free Love” boom. Karl Maria-Kertbeny coined the words “homosexual” and “heterosexual” in 1869 and Karl Heinrich Ulrichs began writing publicly about homosexuality in 1867. In 1885, in reaction to this new “deviant behavior”, homosexual intercourse, whether public or private, became a crime.

The world in which Regy, Chat, Beak and Elliot are discovering themselves and their sexuality is rapidly changing. Coming out was not an option. There was little to no vocabulary surrounding sexuality and so the audience gets to watch these characters navigate a world in which they don’t fully understand. The conflict is navigating how to exist and survive within a society that does not openly acknowledge their existence.

It’s exciting as a gay man to experience this story, this history, because it explores a different narrative than the often limited one we usually get to see. Beyond that, it reminds me of how far we’ve come, and allows me to look at the current state of things and question what groups and tribes our modern world does not allow to exist and why. This story challenges me to be a better ally to those people.

With that said, I think there is value in every queer story being told. The world has had enough straight rom-coms. I’m excited by and proud of any story in any form that represents the LGBTQIA+ community.

3. What did you find most interesting or surprising about what a same-sex relationship was actually like in 1872?
I was fascinated by how large their closets were and how open and unapologetically honest they were with their words.

That is to say, within the confines of what was considered to be appropriate in that time and place. The culture surrounding specifically all-boys schools made homoerotic experiences almost a rite of passage. Some of the letters and journal entries we read were quite graphic and very steamy, while others heartbreakingly romantic. It was so interesting to discover that gay hook-up culture in 1872 at an all-boys school was actually really similar to what one may find today in Hell’s Kitchen on a Saturday night. The difference for me is that those individuals put a great amount of weight and worth on their words. They were unapologetically honest and open in both their poetry and prose.

It’s incredibly exciting to explore on stage as an actor. I also have to credit both our dramaturg, Ali Sousa, and our intimacy director, Lexi Orphanos, who have done an amazing job at assisting everybody, cast and creatives, to establish a brave space in which we can explore the moments of lust and love in a safe and authentic manner.

4. What’s the biggest challenge for you leading the show and being a member of the creative team? How do you find the balance?
The biggest challenge for me is knowing which hat to wear in which moment. One minute, I’m writing a new lyric, the next I’m scribbling down blocking, then I’m writing out an email to our designers and then, if I’m lucky and put enough hours in at my side babysitting hustle, I’m writing my rent check. There is a lot to juggle and it can become extremely overwhelming but I also thrive when I’m challenged.

The first rule I was ever taught as an actor was the law of “yes, and.” I try to approach life with a “yes, and” mentality. I always want to be two steps ahead of the problem and creating pathways and solutions for my collaborators so that everyone can feel safe, comfortable, and supported.

I also know when I need to take a step back, and that’s how I find balance. I find balance in trust, the second rule I learned as an actor. At the beginning of rehearsal each day, I “tap in” with our assistant director/choreographer, Elisa Galindez. We share a moment, high five, and take a deep breath together. After that moment, my job is to be the actor giving life to Regy. I try to let go of all the other thoughts and anxieties that come with being a creator. At the end of rehearsal, I “tap out” and I go back into business mode. It’s been a challenge, and of course I’m not perfect, but it certainly helps to remind me of what to focus on.

At the end of the day, I trust each and every person on our team, both on and off stage. They are my people. We divide and conquer. I know that if I fall, they will catch me. Every single one of these storytellers has a specific set of gifts and points of view that they bring into the room every single day. Their presence and their talents help me find the balance and challenges me to be better.

And, of course... on the hardest of days when everything fails and all hope is lost, a cheap glass of boxed wine does the trick.