Aladdin,The Wiz & Church: It's All in the Set List for Tony Winner James Monroe Iglehart 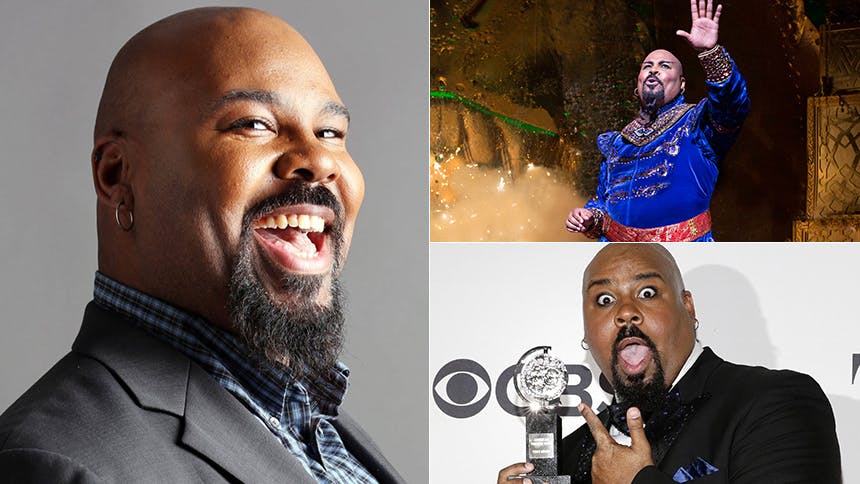 Tony winner James Monroe Iglehart, who Broadway audience adore for his showstopping turns in Aladdin and Memphis, makes his 54 Below debut with the new show How The Heck Did I Get Here? on May 4 & 18. Below, he takes on 10 questions in which he has to answer each with a song from his upcoming set list.

Song to describe my first year in Aladdin
“When You Wish Upon a Star.”

Song to describe winning a Tony Award
I’m going to go with my free-style rap set because there are no words. Everything comes out at the same time, all jumbled up spontaneously.

Song to describe my love for Disney
“Friend Like Me.”


Song where you know I can’t help but move
“Better Be Good to Me.” It’s a Tina Turner tune and I have loved it since I was a teenager and you can. not. help. but. move.

Song that describes the younger me I talk about in the show
“Mean Ole Lion”. I was bad but afraid of everything.


Song to describe the fans
This is terrible but it goes with it, “I’ve Got Friends in Low Places.” [Laughs]

Song that best expresses my sense of humor
“The Fat Albert Theme.”

Song that feels most personal
There’s a gospel song called “My Soul Has Been Anchored In the Lord” and it's a very personal song to me. When I found that song I was in a really down time in my career. I had one of those great experiences where fresh out of college I had a job, and once the job was over, it was real world: audition, audition, audition, grind grind, grind. And if you can make it past that, you can do it. But it’s that moment of, ‘this is not going to work,’ and that's when I found this song.


Song I’d use as the James Monroe Iglehart theme song
Another gospel song I’m doing in my show called “I Don't Need Nobody Else.” And it’s basically saying no matter what happens, I’ve got God on my side and my wife with me, and I don't need nobody else; those things keep me going.