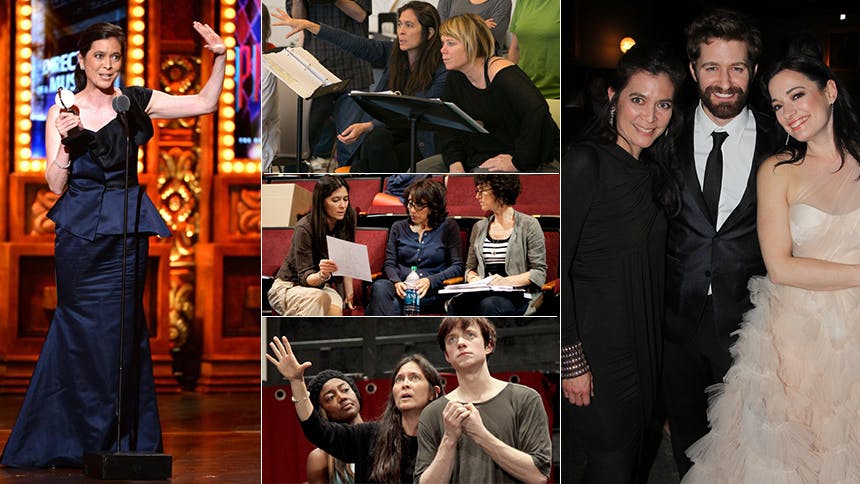 After mastering the Broadway revival, Tony Award-winning director Diane Paulus helms her first new musical on the Great White Way, the family-friendly extravaganza Finding Neverland. And like her other Tony-winning productions, this musical about the backstory of Peter Pan is full of that signature Paulus magic that simply takes your breath away, like this goosebump-inducing moment leading lady Laura Michelle Kelly has in Act II.

So in honor Finding Neverland’s official Broadway opening, we’re looking back on 10 times Diane Paulus has broken the mold, gone for the jugular and left audiences breathless.


The dice game, the excitement, Audra in that red dress, high on “happy dust”—it’s a moment that if you were there, you can picture it.

One of Paulus’ first big breakthroughs came for The Donkey Show, a rowdy off-Broadway reimagining of A Midsummer Night’s Dream, and you can bet there were gasps and cheers when Tytania made her entrance from above late in the show.


The magic of the King’s death, the eerie movement of the ensemble and then, finally, Pippin’s glorious coronation on that staircase high above the stage. Yes ma’am!

7. The Hurricane in Porgy and Bess

This urgent and exciting scene, as staged by Paulus, had audiences on the edge of their seats.


Between the snow, the vocals and Gavin Creel’s body on the flag, if you weren’t breathless, it’s because you were already dead.

5. Boykin & McDonald’s Physical Exchange During “What You Want with Bess?”

This scene between Tony nominee Phillip Boykin and Tony winner Audra McDonald was dangerous and visceral, and very memorable.

**Two snaps for Paulus** This number began with the Tribe coming through the house and exciting the audience. Then organically transitioned from the gorgeous, spiritual moment of “Hare Krishna” into the ritualistic (almost animalistic) burning of the draft cards during the “Be In.” Bravo!

2. Theo’s “Magic to Do” Reprise in Pippin


While it may have been a controversial choice for some, having Theo return at the end of Pippin and the cycle begin again with all the players was pure Paulus—daring, original and genius.

1. The Audience Interaction During Hair Finale

It was a rare mixture of madness and euphoria as eager audience members literally leapt from their seats and piled onto the stage at the Al Hirschfeld (and later the St. James) to express their joy and gratitude for life/for the revival/ for the sunshine during Hair’s big, interactive finale.

Gather up the family and experience all the magic and creativity of Diane Paulus’ ‘Finding Neverland’ at Broadway’s Lunt-Fontanne Theatre.