Ana Villafañe Is Gonna Get You! Videos of the Broadway's On Your Feet Stars 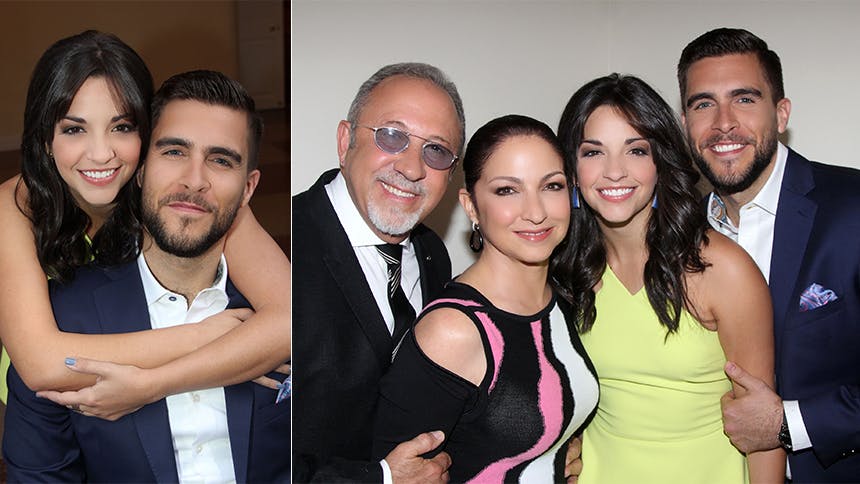 Ana Villafañe, a Cuba-American actress/singer from Miami, has been chosen to play Gloria Estefan in the new musical On Your Feet. Ana Villafañe stars opposite Dogfight and Lysistrata hottie Josh Segarra in the new musical about the life of Gloria and her husband Emilio, which begins performances at Broadway's Marquis Theatre on October 5.


Prior to her big break in On Your Feet, Villafañe has appeared in the films Hiding and Magic City Memoirs, as well as the Hulu series South Beach: Fever. Below we look at videos of the young On Your Feet stars in action, as well as the In the Heights alum we can’t wait to see stop the show as Gloria's mom.

Kicking it off with Villafañe performing some Cuban tunes


Next up, “Who Am I” from her film Hiding


From Gloria to Emilio, now it’s time to rock out with some Josh Segarra, who if we are talking TV and films creds can boast Homeland, The Electric Company, Sirens, The Following and the new Judd Apatow movie Trainwreck.

Check out this rap skills on “Everything Is Everything” (Begins 1:25)


And finally "We Did It," a song all about his character's sex life.

First, we pay respect to Burns' "Carnaval del Barrio" because it's absolutely everything, always.


Then a little Songs for a New World throwback because who didn't obsess over her voice in that album back in high school/college/a road trip last weekend?


‘On Your Feet’ begins performances at the Marquis Theatre on October 5 after playing Chicago’s Oriental Theatre June 2-July 5.

On Your Feet
Best Priced Tickets
Newer
Introduce Your Self(ie): 10 Questions with It Shoulda Been You Charmer Josh Grisetti
Older
Rejoice! The Fortress of Solitude Album Is a Must-Own For Musical Theatre Fans of Any Generation