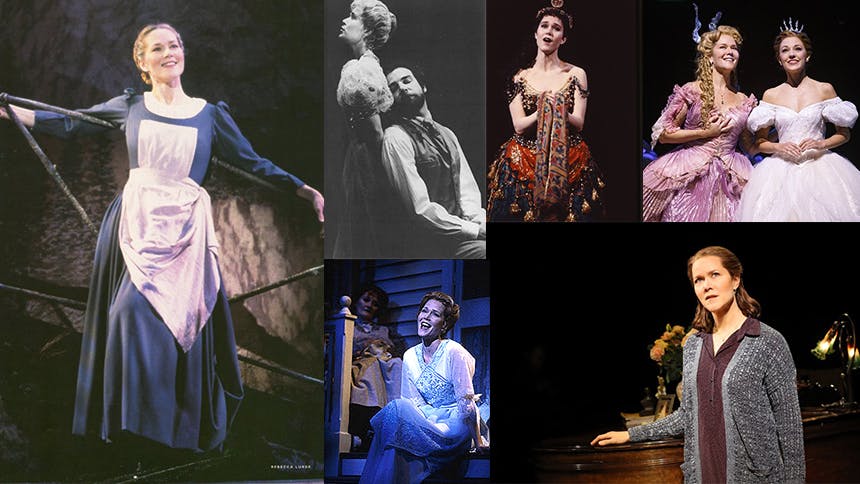 Three-time Tony Award nominee Rebecca Luker is the voice an entire generation of today's Broadway fans grew up idolizing. Luker was the queen of soprano ingénues with leading lady roles in Show Boat, The Music Man, The Secret Garden, Phantom, and the first Broadway revival of The Sound of Music. More recently, she’s been seen on Broadway in Fun Home, Cinderella, and Mary Poppins. For her April 17 birthday, we take a look back at some of our favorite Rebecca Luker clips.

The Phantom of the Opera (Christine Daae), 1989