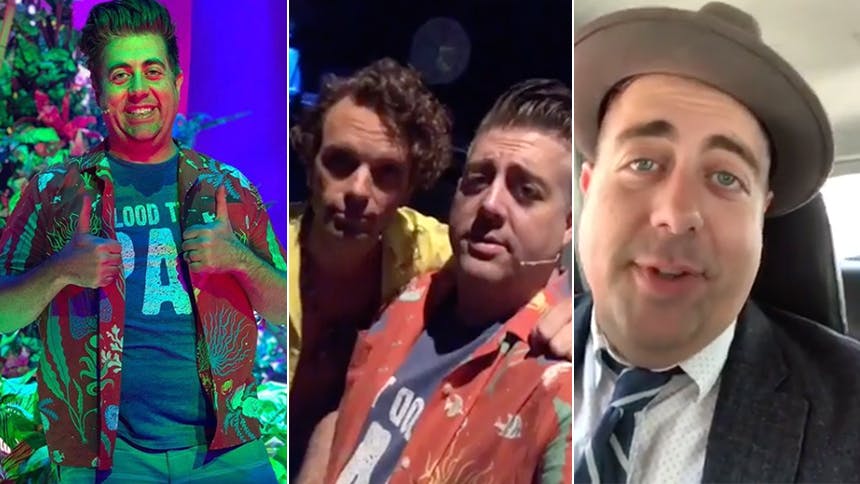 . Eric co-stars as the lovable island bartender Brick (pal to Paul Alexander Nolan and love interest to Lisa Howard), and his big zombie tap number to "Grapefuit - Juicy Fruit" is a complete joy in a show filled with joy.

On Saturday, April 21, Eric took over the BroadwayBox Instagram to give followers a glimpse at life on the big island and backstage at Broadway's Marquis Theatre. Check out his day below.


If you're hungry for more Eric, on April 29, the former star of School of Rock, Elf and Shrek returns to Feinstein's/54 Below with his classic crooning solo show Sinatra at the Movies. Backed by a big band and featuring Leslie Kritzer, the concert takes audiences through the film history of Frank Sinatra and the songs he made famous. Don't miss Eric live at 54 and in Escape To Margaritaville.