Who's The Cat's Meow? Let Us Know! It's Cats Opening Night Anniversary! 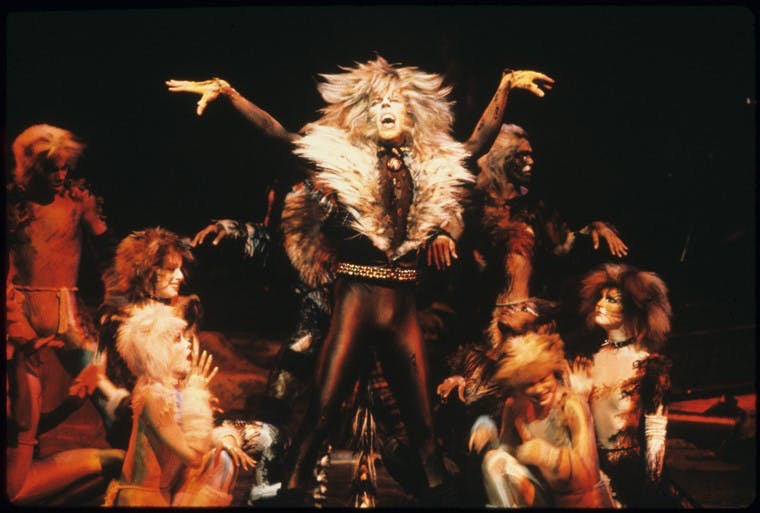 Talk about a "Memory"! On October 7, 1982 Cats the Andrew Lloyd Webber scored musical (with T.S. Eliot lyrics) directed by Trevor Nunn officially leaped onto Broadway. The musical's signature choreography by the late great Gillian Lynne showcased the talents of extraordinary Broadway dancers over its nearly 18 year run - a who's who of musical theatre's best. The show also shown a spotlight on some of Broadway's great leading ladies taking on the role of Grizabella including original Betty Buckley, Laurie Beechman, Liz Callaway and Lillias White.


To celebrate the purr-fect (...sorry) 38th anniversary of the show's opening night on Broadway, we're running the below social template on our social channels! Of these fabulous 9 lives in Cats' original Broadway cast - which Jellicle character do you think takes the cake as the cat's meow? Is it Jennyanydots (1), Rum Tum Tugger (2), Demeter (3), Mistoffelees (4), Grizabella (5), Old Deuteronomy (6), Bustopher Jones (7), Munkustrap (8) or Victoria (9)?

Newer
A - Zoom! 26 Broadway & Off-Broadway Musicals We'd Love To See Produced Online
Older
Hot Clip of the Day: Birthday Belle Toni Braxton Sings "A Change In Me" From Disney's Beauty and the Beast
Sign up for BroadwayBox Discount Alerts