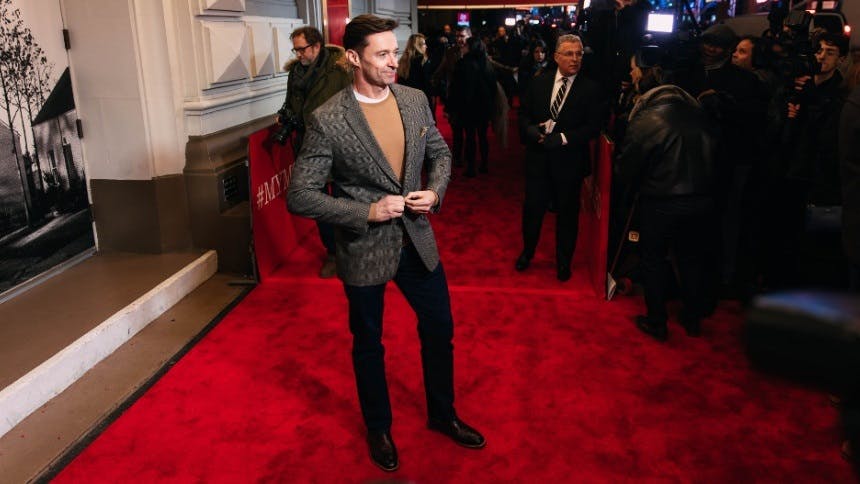 
Ulterior Motives: It might be a minute or two before we see Tony winner Hugh Jackman's spin on the legendary Harold Hill in Broadway's revival of The Music Man now that they announced previews will begin in December 2021. However, a few years back Jackman explained how special the musical was in his young acting career on Jay Leno's late night show. The greatest showman also celebrated his birthday yesterday! We can't wait to see you in River City, Hugh!

Ultimate 🙌 🙌 moment: The triple threat wowed the crowd singing all 8 traveling salesmen parts in the opening number of the musical. 2:36 - 2:44 is our ultimate moment as Hugh masterfully maneuvers the fast paced Meredith Willson lyrics. Did Jay Leno predict the future at 2:53!?

Newer
Hot Clip of the Day: Charmer Robert Morse Croons How To Succeed...'s "I Believe In You"
Older
10 May Songs Come What May With Broadway Suspended Until May 30, 2021
Sign up for BroadwayBox Discount Alerts