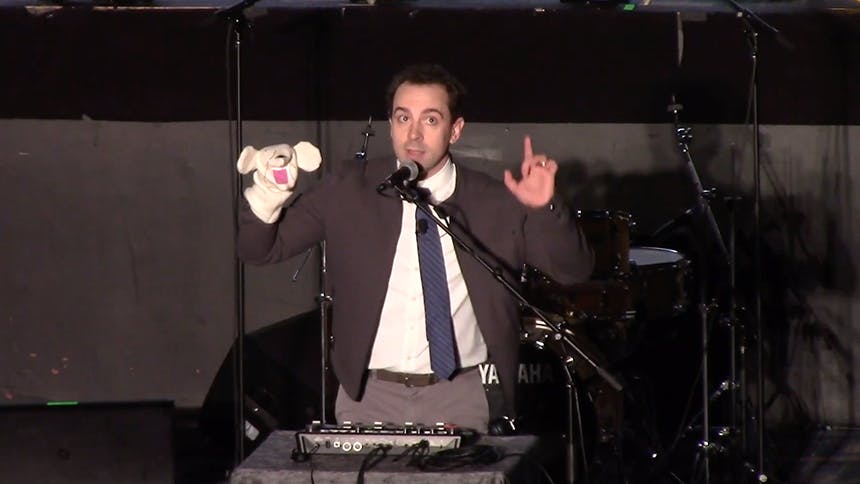 As Broadway’s new spring musicals debut numbers at the 2020 BroadwayCon this weekend, one show getting a lot of fan attention is the upcoming musical adaptation of Mrs. Doubtfire. Based on the beloved Robin Williams film of the same name, Mrs. Doubtfire is the title everyone who grew up in the ‘90s can’t wait to see come to life on Broadway. Doubtfire, which stars Tony nominee Rob McClure in the title role, features a score by Wayne Kirkpatrick and Karey Kirkpatrick (the brothers who brought you Something Rotten!). Audiences at BroadwayCon were in for a treat as Mrs. Doubtfire debuted two numbers from the show, “Telling Time Rap” and “What the Hell”.


This clever number takes the place of that scene in the film where Daniel—thinking he’s alone—plays with all the dinosaurs at the TV station and accidently becomes discovered for the genius he is.


In this number, the three children (Analise Scarpaci, Jake Ryan Flynn and Avery Sell) react to seeing their mother move on from their parents’ marriage.