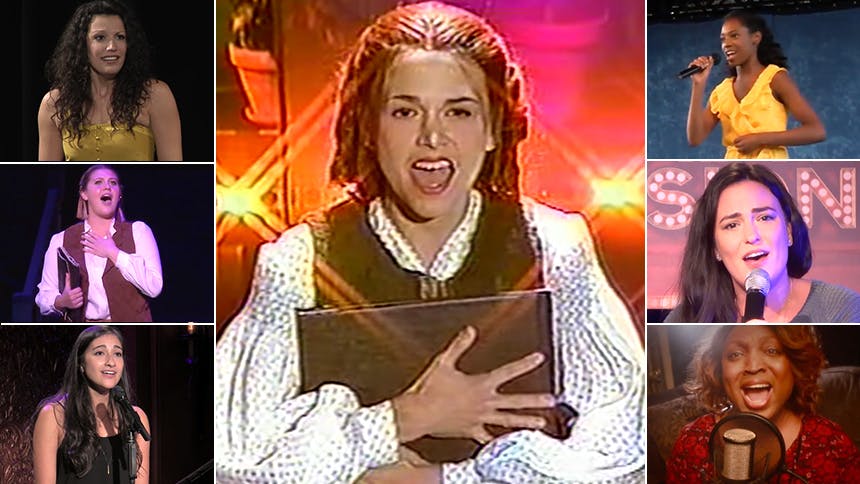 The musical adaptation of Louisa May Alcott’s Little Women opened 15 years ago today (January 23, 2005) at Broadway’s Virginia Theatre. Based on the beloved novel of the same name, the musical featured a book by Allan Knee, lyrics by Mindi Dickstein, and music by Jason Howland. The cast boasted Sutton Foster as Jo, Maureen McGovern as Marmee, Jenny Powers as Meg, Megan McGinnis as Beth, Amy McAlexander as Amy, and Danny Gurwin as Laurie. The show ran 137 performances and closed in May of 2005, with a single Tony nomination for Sutton Foster. The standout number from the score is Jo’s Act I closer, “Astonishing”, and below we look at 15 different big, belty renditions of the song in honor of Little Women’s 15th anniversary.


You have to start with the queen. It’s her song to sing.


Before letting it go on the Frozen tour as Elsa, Caroline put her huge voice to the test on “Astonishing”.


Broadway’s current Gretchen Wieners in Mean Girls revisits the number at 54, and it’s nothing short of soaring.


Baby Hailey singing her heart out.


They are giving you the whole book scene, so the song starts at 2:30, but it’s worth the wait. She and that voice are effortless!


Bella played Jo at Texas State and she has a voice big enough to fill the state.


She brought it all the way home!


If this the talent portion of a pageant, those other girls better watch out.


High school-aged Elyse won her state competition and went all the way to the Jimmy Awards with her Jo March. (Speaking of The Jimmy Awards, they have a whole “Astonishing” mashup video!)


After this is all over, I want to just have a spiral of what Isa is up to now. Wow. This was her at 17!


Another high school Jo who was too impressive not to include.


Her belt left me astonished. Bet her Elle Woods was something to see.


Years before she starred in Broadway’s Dear Evan Hansen, Mallory was just another young girl living her best “Astonishing” dreams, belting for the sky.

Newer
Friday Playlist: 50 of Broadway's Best Duets for the Upcoming It Takes Two Concert
Older
20 Questions in 2 Minutes with The Phantom of the Opera Star Meghan Picerno
Sign up for BroadwayBox Discount Alerts