Act One Finales: What About 9 Covers of This COLOR PURPLE Love Song 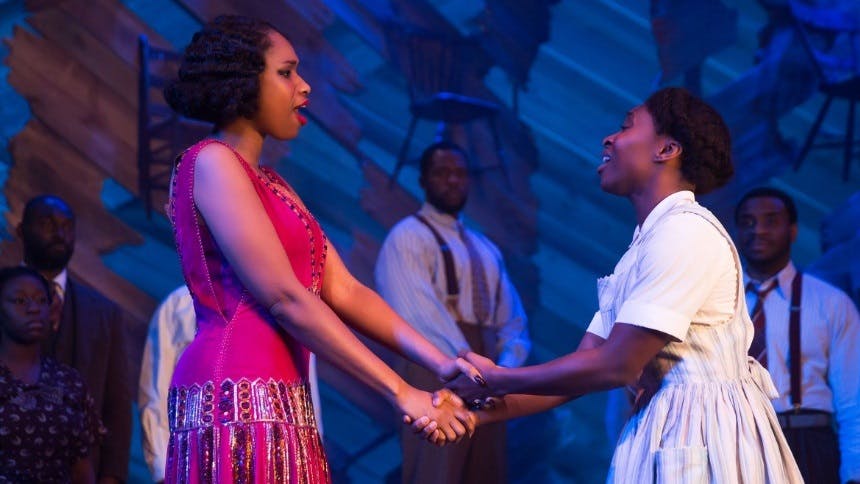 We love a big Broadway Act One Finale and it's time to spiral with our marvelous "Act One Finales" series here at BroadwayBox! You might find performances from productions, your favorite cabaret venue, benefits, you name it! We want to celebrate those incredible numbers that leave you breathlesssly wanting more right before the intermission lights come up.

An act one finale we can believe in forever!

Act One Finale: "What About Love" from The Color Purple, by Brenda Russell, Allee Willis and Stephen Bray

In The Color Purple, our lead heroine Celie is taken aback when the astonishing singer Shug Avery comes to town. The two women see each other in a new light and find a potential greater love together.

Fans of The Color Purple know that this song isn't the song technically that the curtain comes down on the first act with but, you know, it sure is close! Close enough to highlight some miraculous versions of this beautiful love song.


Our original Broadway revival Celie and Shug harmonize so beautifully!


We couldn't not include Heather as Shug. Her "What about"'s alone! Stunning.


The original Broadway Celie and Shug! 2:45 to the end is fire!


The QUEEN of Motown. She made it a solo and why. not. Her iconic voice sounds incredible on this tune, so dreamy.


These two powerhouse vocalists were so touching in this gender swapped version. Beautiful.


Shoshana's voice is such a gift and sounds glorious on this duet. Both delivered a passionate performance.


Marisha played Celie in a London concert staging of the show and reprised the song during her solo concert last year. Absolutely incredible!


Oh this is amazing. He made it a solo too and fine by us! He is such an astounding performer and delivering a delicate performance with such grace (while sounding unbelievable).


Two absolute queens! We are absolutely living for 2:39 to the end. The riffing, their voices on "forever" and "love" - all beyond!