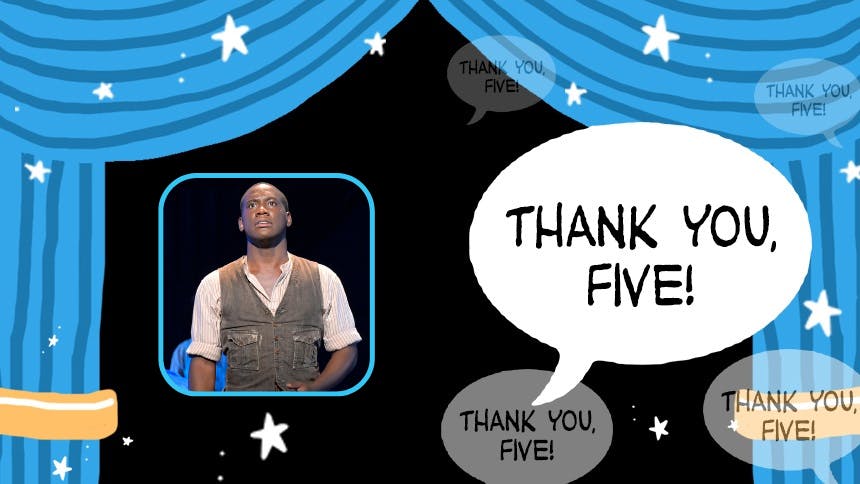 Showcasing his phenomenal triple threat talent, in this his second Broadway show, Sidney DuPont has earned a 2022 Tony Award nomination for his portrayal of Washington Henry in Broadway's Paradise Square.

Oh, this is a hard one. The community and spirit of the cast is simply unmatched - the love we share makes it so much fun to work and play together every day. However, if I had to choose one person, it would have to be Chloe O. Davis, our Resident Choreographer, who also doubles as "Nova" in the show. When my character first steps into the Paradise Square Bar, she is the first to truly "see" Joah/Washington and she offers possibly one of the first instances of genuine kindness he has ever felt and that friendship between these two characters develop throughout the entire show - creating possibly one of my favorite "background" sub-stories…

My Dad. He is truly one of my best friends. We have always had such a close relationship and we can just talk on the phone for hours. He inspires me every day just by being. He grew up in Philly and went through so much at a young age, but he has remained a strong, outrageously funny, and kind man - not to mention being cooler than I’ll ever be…Don’t tell him I said that. lol

Easy. Tituss Burgess. I’ll never forget watching him perform the first time. (His iconic "Sit down you’re Rockin' the Boat" Tony performance) However, seeing on YouTube his performance of his own song “I’ll be Alright” hit 18 year old Sidney like a ton of bricks. He has an incredible instrument of course, but for me it was his acting, his essence. He is a master storyteller and I’m so glad to call him friend.


4. We all start somewhere!
What was the earliest performance of yours that was the moment you knew this was going to be what you wanted to do forever?

When I was in first grade I signed up for a talent show. I had taken one tap class and grew up in the church singing at the age of two. So I think I sung "Lift Every Voice And Sing" and after that a short tap number. Now, I was six years old, so I don’t know how good I actually was, but I do remember the look on my mom’s face when I got a standing ovation and the feeling of overwhelming joy washing over me. I think that’s when I knew this was for me.

So, I am a home body so sometimes just an afternoon relaxing on the couch is it for me. But, when I am really prioritizing my self-care I spend a couple of hours in Brooklyn at a wonderful spa and get the full treatment (Massage, scrub, facial, sauna etc). DM me on Instagram if you want the details on that Spa…it’s actually life changing. @sidneydupont