Spotlight on Broadway Celebrates Oz: Jordan Roth as The Wizard 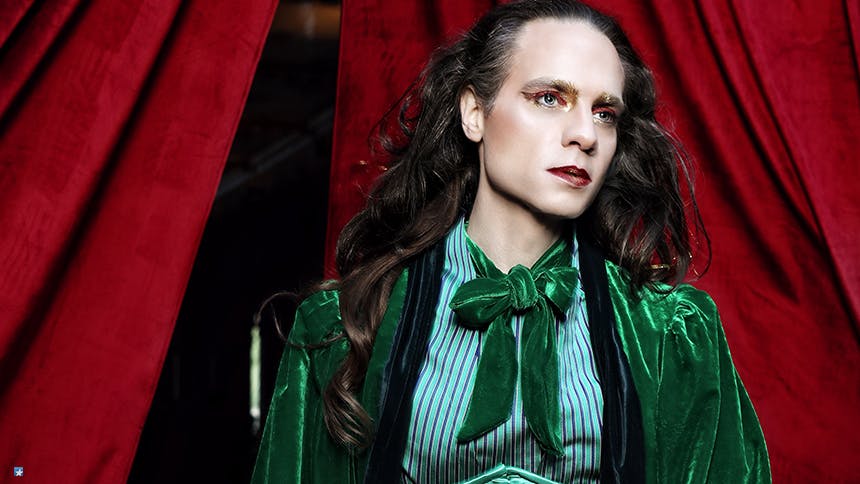 For the 80th anniversary of MGM’s Oscar-winning 1939 film The Wizard of Oz, BroadwayBox teamed up with photographer Curtis Brown, award-winning & up-and-coming costume designer Beck Jones, and director/videographer Jaytel Provence to present Broadway Celebrates Oz, a modern, editorial look back at Oz in 2019 and its beloved characters. Over the next few weeks, BroadwayBox shines the spotlight on each of the illustrious participants in the series. This week, we kick it off with our Wonderful Wizard of Oz, Tony Award-winning producer Jordan Roth.


In 2000, Jordan made the leap to Broadway producing the first and only (how is that even possible?!) revival of The Rocky Horror Show at Circle in the Square Theatre. The Christopher Ashley-helmed production starred Tony Award winners Jarrod Emick & Alice Ripley as Brad & Janet, Tony nominees Raul Esparza and Daphne Rubin-Vega as Riff Raff & Magenta, and Tom Hewitt in his Tony-nominated star turn as Frank ‘N’ Furter. The revival ran until 2002 and was nominated for five Tony Awards, as well as Drama Desk, OCC, and Drama League awards. It's also the best recorded version of the Rocky Horror album to date.


Next began his tenure with Jujamcyn Theaters. Jordan joined as a resident producer in 2005, and by 2009, he was president and co-owner, a role he has maintained throughout the last decade. Jordan oversees five Broadway theatres: the Al Hirschfeld (home to Moulin Rouge), the August Wilson (home to Mean Girls), the Eugene O’Neill (home to The Book of Mormon), the St. James (home to Frozen), and the Walter Kerr (home to 2019’s Tony-winning Best Musical, Hadestown).

In addition to what Jordan produces as president of Jujamcyn, he’s also produced the musicals Head Over Heels and A Catered Affair and the Tony Award-winning Broadway revival of Angels In America.


Outside of Broadway, Jordan has made a name for himself as a fashion icon, activist, and content creator. His passion projects range from creating the Culturalist site to his animated political series, The Birds and the BS.


So clearly when it was time to find a Wizard of Oz, we turned to the Wizard of Broadway— Jordan Roth

"Pay no attention to that man behind the curtain! The Great Oz has spoken!"

"Then suddenly, the wind changed and the balloon floated down into the heart of this noble city, where I was instantly acclaimed Oz, the first Wizard Deluxe!"

Jordan Roth as The Wonderful Wizard of Oz