Chances Are You’ve Never Seen an Instrument Quite Like Blue Man Group ‘s The Drumbone! 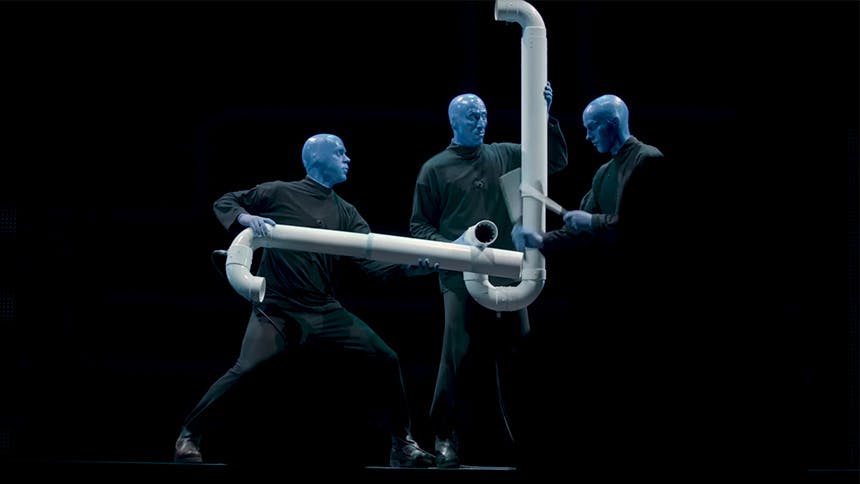 (and who isn’t?), you have to check out and subscribe to their YouTube channel. They are creating killer content, like this stunning and trippy skateboarder video with Rocky Lynch, a timely Friends anniversary tribute video, or that amazing casting series. Blue Man Group also puts up new, beautifully-shot performance videos. This weekend, they dropped a video titled “Crazy Drumbone Performance”, and it was wild! Filmed in Orlando, the scene features the three Blue Men rocking out on this custom-made PVC instrument that is part drum, part trombone.


Don’t miss the wonder of seeing Blue Man Group live in NYC at their historic home at the Astor Place Theatre.

Blue Man Group
Discount up to 40%
Newer
Can We Talk About How Adorable The Paddington Bear Puppet Is For The New Live Show Paddington Gets in a Jam?!
Older
If You’re Addicted to Playing Candy Crush, Then You Have to Hear “Candy” From Dave Malloy’s Musical Octet