Spotlight on Broadway Celebrates Oz: Donna Murphy as The Wicked Witch of the West 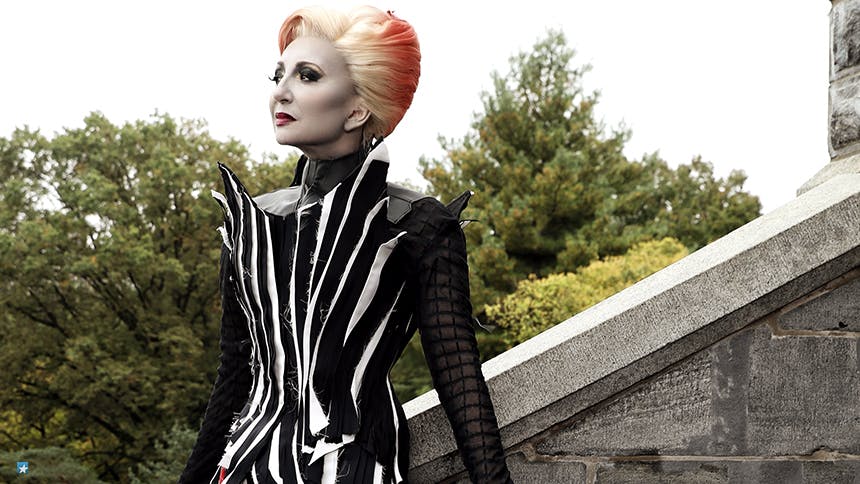 For the 80th anniversary of MGM’s Oscar-winning 1939 film The Wizard of Oz, BroadwayBox teamed up with photographer Curtis Brown, award-winning & up-and-coming costume designer Beck Jones, and director/videographer Jaytel Provence to present Broadway Celebrates Oz, a modern, editorial look back at Oz in 2019 and its beloved characters. Over the next few weeks, BroadwayBox shines the spotlight on each of the illustrious participants in the series. This week, we profile two-time Tony Award winner Donna Murphy, who reinvented Oz's iconic villain, The Wicked Witch of the West.

Five-time Tony Award nominee Donna Murphy began her Broadway career when she left NYU to understudy in Marvin Hamlisch and Neil Simon’s 1979 musical They’re Playing Our Song. Next came roles in off-Broadway’s Frances in 1981 and the short-lived Broadway opera The Human Comedy in 1984, a stint as Audrey in the original off-Broadway production of Little Shop of Horrors, and the original 1985 Public Theater production of The Mystery of Edwin Drood. She transferred with the show to Broadway and eventually took over the title role of Edwin Drood in 1986.


She returned off-Broadway in 1987 in Birds of Paradise, a musical comedy about actors putting on the The Seagull that played about a week. Then in 1989, she appeared in the Roundabout Theatre Company musical Privates on Parade. Next came the off-Broadway musical Song of Singapore in 1991. Donna starred as Rose, a singer living in 1941 Singapore who realized she’s actually Amelia Earhart. She was nominated for an Drama Desk and OCC Award for her performance.


She received her second Drama Desk nomination for appearing as The Whore opposite David A. White’s The Solider in Lincoln Center Theater’s off-Broadway production of Michael John LaChiusa cult musical Hello Again.


In 1994, Donna Murphy opened Stephen Sondheim and James Lapine’s Best Musical winner Passion. Her performance as Fosca, a sick woman obsessed with a handsome Italian soldier, won her the 1994 Tony and Drama Desk Awards. Thankfully, PBS filmed the production so her incredible performance lives on for always. #RecordMoreShows


After her Tony win, she reunited off-Broadway with James Lapine to open Twelve Dreams at Lincoln Center Theater. Then she returned to Broadway as Anna Leonowens opposite Lou Diamond Phillips’ King of Siam in the 1996 revival of Rodgers and Hammerstein’s The King and I. The production won Best Revival of a Musical and Donna won the 1996 Tony Award for Best Actress in a Musical.


After The King and I, Donna didn’t appear on the New York stage for four years. This is probably a good spot to mention a few of Donna’s screen credits. For two seasons in 2001, she co-starred on the Joan Cusack sitcom What About Joan?. She MEMORABLY appeared as the tough American Ballet Company teacher Juliette Simone in the beloved 2000 film Center Stage. She got her Disney on in 2010, co-starring as the wicked Mother Gothel in the animated Disney hit Tangled. She reprised the role for the Tangled TV series as well.

Now back to the stage. In 2000, Donna returned with great acclaim starring as Ruth Sherwood in Encores! production of Wonderful Town. The revival transferred to Broadway in 2003, and Donna was nominated for another Tony Award for this fan-favorite performance.


In 2007, Donna starred as Phyllis Rogers Stone in Casey Nicholaw’s production of Follies at Encores! In 2010, she delivered a now legendary performance of “Could I Leave You” for Sondheim’s 80th birthday concert (aka the red dress concert). If you can’t imitate every inflection and moment, you haven’t watched it enough.


Also in 2007, Donna opened Broadway musical Lovemusik, in which she starred as Lotte Lenya opposite Michael Cerveris' Kurt Weill. Though the musical didn’t last too long on Broadway, both stars were nominated for Tony Awards.


Donna returned to Encores! in 2010 to star as Mayoress Cora Hoover Hooper in Sondheim’s Anyone Can Whistle.


The following year, she opened the new Broadway musical about a woman who survived a Nazi concentration camp, The People in the Picture, at Roundabout Theatre Company. She was nominated for her fifth Tony Award in 2011 for that devastating performance.


In 2012, she returned to The Public Theater’s Shakespeare in the Park and added another Sondheim role to her resume, starring as The Witch in the brilliantly conceived British transfer of Into the Woods.


Most recently, she thrilled New York audiences as Dolly Gallagher Levi in the Tony Award-winning Broadway revival of Hello, Dolly!. Each Tuesday night, fans filled the Shubert Theatre to catch Donna’s sensational, funny, warm and incredibly-sung Dolly Levi. It was an event for the Broadway crowd.


Therefore we were honored to have this two-time Tony Award-winning icon agree to bring a glam spin to The Wicked Witch of the West for our Broadway Celebrates Oz series.

"Just try to stay out of my way – just try! I'll get you, my pretty, and your little dog too!"

"Take special care of those ruby slippers, I want those most of all."

"Give me back my slippers. I'm the only one that knows how to use them. They're no use to you. Give them back to me!"

"Going so soon? I wouldn't hear of it. Why my little party's just beginning."