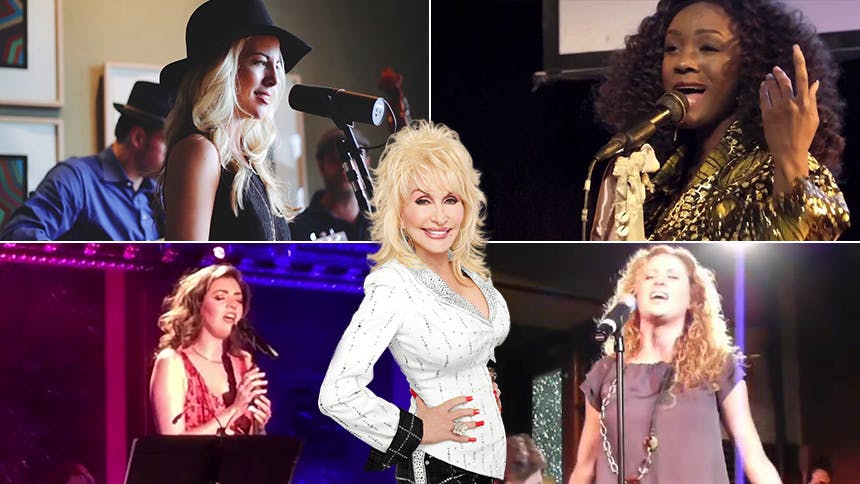 And that’s truly all the excuse we need in life to go on a mini “Jolene” spiral. Scroll on to watch five fierce Broadway singers put their stamp on one of Dolly Parton’s most beloved hits.


What can even be said about Sayon’s “Jolene” that hasn’t already been said?! This whole post is a flimsy justification to revisit this one video—it’s that good. It is a vocal and emotional performance. It’s drama. Try to deny the power 1:58-2:30.


The Mean Girls star kicks it off with Dolly’s “Love Is Like a Butterfly” and then transitions right into “Jolene”. This sounds so good in her voice—the yearning is palpable. She should consider a whole night of country covers.


The Frozen queen completely plays with the arrangement, and gives it an entirely fresh, singular feel. She owns this from 1:30-2:11, and then those signature Caissie Levy vocals come in around 3:20—and that is just everything in its own right.


Morgan James’ vocal control and placement should be studied. Like Caissie, the arrangement is slowed down and the heartbreak turned up, and it works. There are moments in this video that you will snap or wave at: 1:48-2:00 or 2:12-2:47.


One time Fun Home co-stars Michael Cerveris and Beth Malone came together onstage at BroadwayCon 2017 to perform a mash-up of “Jolene” with the Cee Lo Green song “Fuck You”. It’s a fun, folksy number that serves both songs well.

Mark your calendar for ’54 Sings Dolly Parton’ on January 19.

Feinstein's/54 Below
Discount up to 15%
Newer
Spotlight on Broadway Celebrates Oz: Donna Murphy as The Wicked Witch of the West
Older
Ashley Blanchet Talks Playing Cinderella at Paper Mill, Singing “Let It Go” on Broadway, & Her Yearly Tradition with Barbra Streisand
Sign up for BroadwayBox Discount Alerts