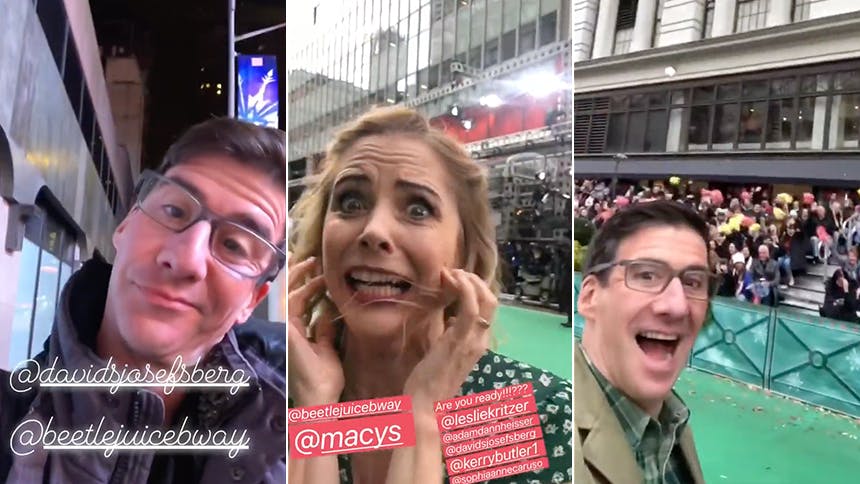 David Josefsberg delivers another hilarious and memorable performance as the recently-deceased Adam in the hit Broadway adaptation of Beetlejuice.

The blockbuster musical brought Broadway into America's living rooms this Thanksgiving with their performance of "Day-O" and "The Whole Being Dead Thing" on the 2019 Macy's Thanksgiving Day Parade. Watch the video below because Eddie Perfect's Thanksgiving-specific lyric changes are truly everything.


On Thanksgiving morning, David took over the BroadwayBox Instagram to bring folks along for a behind-the-scenes look at the show's performance, his sick beatboxing skills, his and Adam Dannheisser's pitch for the Real Broadway Dads of New Jersey, and more.


Get yourself over to Broadway's Winter Garden Theatre to see David Josefsberg and the whole company in Beetlejuice.

Beetlejuice
Discount up to $50
Newer
Watch as The Rockettes Teach You the Iconic Choreography for Four Numbers from the Christmas Spectacular
Older
ICYMI: Watch All the Broadway Musical Thanksgiving Day Performances from 2019