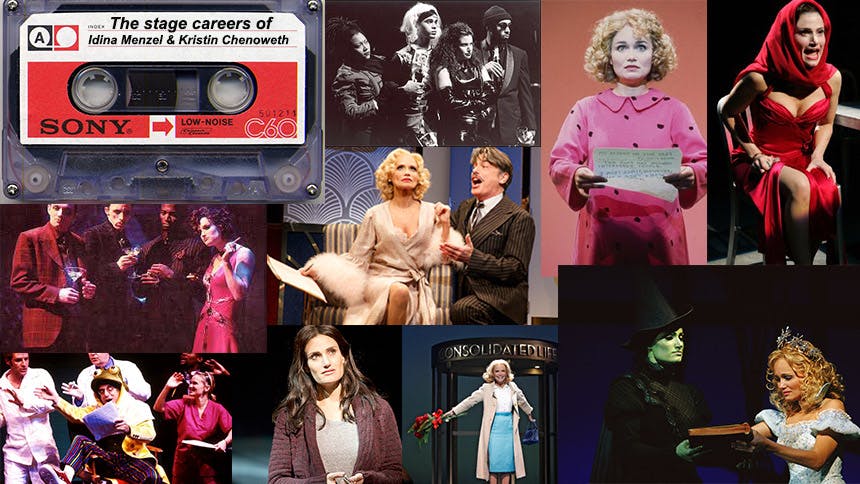 The Tony Award-winning leading ladies of the OBC cast of Wicked both dropped new solo albums today. (Both of which are available on Spotify!) Idina Menzel released the self-titled pop album idina., and Kristin Chenoweth released the dreamy and romantic The Art of Elegance. Cheno also returns to Broadway in November to promote the album with her new show, My Love Letter to Broadway.

To celebrate the ladies in the most Broadway way possible, this Friday's playlist is filled with songs from their respective stage careers. Tunes from Rent, On the 20th Century, The Wild Party, You're a Good Man, Charlie Brown and Wicked, obviously. Enjoy.