Seven Shows That Expand the Definition of Immersive Theatre 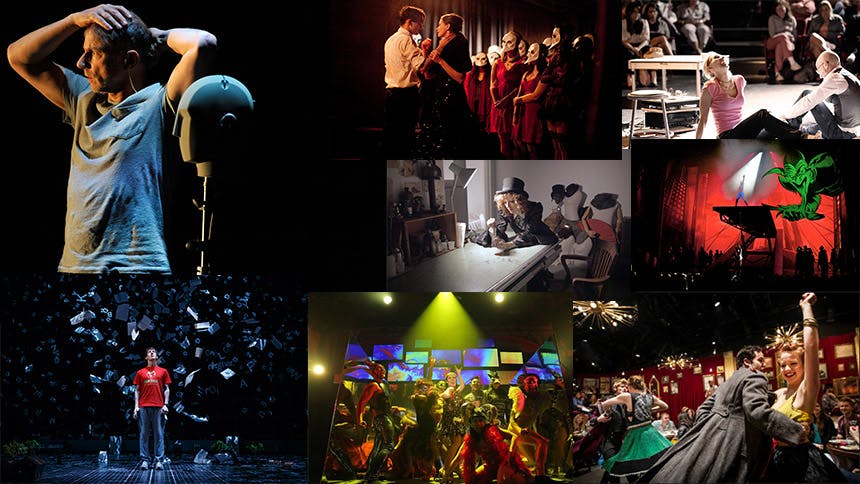 arrives at the Golden Theatre. Through the use of innovative aural technology and virtuosic storytelling, Simon McBurney cross-stitches his own experience in modern day London with a National Geographic photographer lost in a remote area of Brazil. The whole thing is completely jaw-dropping, and a must-see.


As The Encounter moves the needle forward of what audiences can expect from immersive theatre, BroadwayBox looks back at seven other recent shows that expanded our definition of what immersive theatre could be. You can go time and again and not have the same experience twice.


Punchdrunk's mix of film noir and Shakespeare’s Macbeth allows audiences to explore the McKittrick Hotel and create their own experiences within this eerie, enthralling world.

Alex Timbers and David Byrne’s musical about the First Lady of the Philippines, Imelda Marcos, asked a lot of its audience (move, dance, stand,) but DAMN was the payoff worth it.


It’s so exciting to see how this cult off-Broadway show will transfer to Broadway considering the downtown run had audiences completely forgetting they were in a tent in NYC. Even the most jaded New Yorker was bending and turning and looking every which way to see the actors go from dancing on tables to dueling across the theatre.

The Curious Incident of the Dog in the Night-Time

The creatives all won Tony Awards here for a show designed to make audiences feel as if they, like the drama’s protagonist, were experiencing these events while on the spectrum.


This twisted, multi-sensory take on Alice in Wonderland and its creator, Lewis Carroll, takes place in an abandoned hospital ward and only allowed 15 audience members per show. It’s wild.

Scenes From a Marriage


Ivo van Hove’s production at New York Theatre Workshop welcomed the audiences into various rooms as some of the private scenes played out in this stage adaptation of Ingmar Bergman's powerful film documenting the dissolution of a relationship.

Spiderman: Turn Off the Dark

Ok, hear it out: Spiderman isn’t Sleep No More, but what other Broadway show had audiences looking up to see superheroes flying overhead and battling their nemesis in midair?!

You only have until January 8 to experience Simon McBurney revolutionary new play 'The Encounter' at the Golden Theatre.