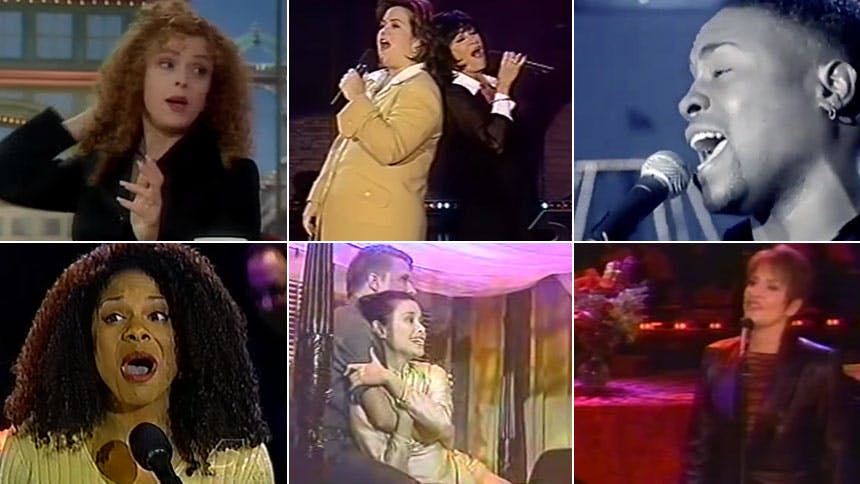 Last night, March 22, 2020, the Broadway community came together on screens around the world for the return of the Emmy-winning The Rosie O’Donnell Show. Conceived by Erich Bergen and produced by Erich and Broadway.com, the starry one-night-only event raised over $600,000 for The Actors Fund to combat the COVID-19 pandemic (you can still donate here). The three-plus-hour livestream truly deserves a special Tony Award for "adding lustre to the Broadway season”! Check out the full special below.


A highlight of the live show was when Tony Award winner Kristin Chenoweth revisited "Taylor the Latte Boy", a crowd-pleaser from when she appeared on The Rosie O'Donnell Show in '99 to promote Epic Proportions.


The throwback moment had us thinking about all the stars who appeared on the original Rosie Show and what their early performances and interviews were like. Scroll on to hop in a Broadway time machine and lose yourself in some Rosie clips.