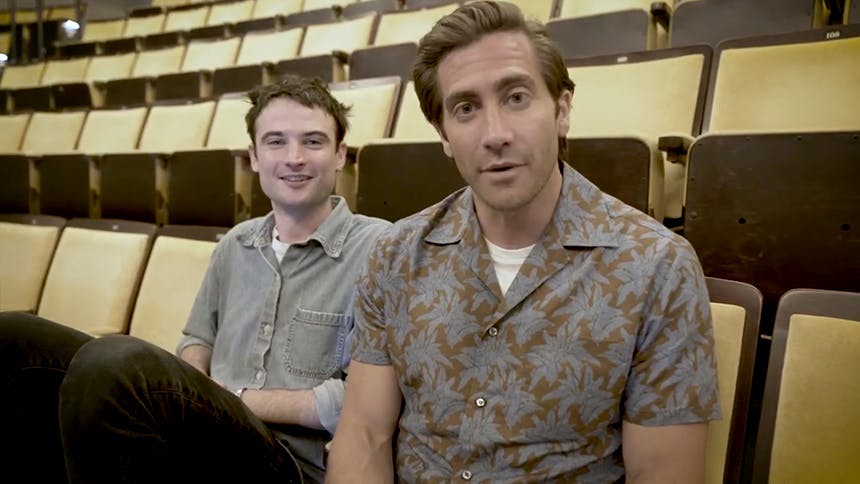 Everyone knows the names Jake Gyllenhaal and Tom Sturridge thanks to their wildly successful film careers. And like many of the best actors around today, both stars have legit street cred on Broadway: Jake led Broadway’s Constellations and the hit revival of Sunday in the Park with George, and Tom’s a Tony nominee for his work in the revival of Orphans and he led the New York premiere of 1984. Now, the dynamic duo share top billing on the upcoming Broadway show Sea Wall/A Life

. The play, which was a sold-out hit off-Broadway and begins previews at Broadway's Hudson Theatre on July 26, is actually two paired solo pieces each about these men’s experiences as fathers, husbands, and sons. In the videos below, Jake and Tom discuss the moving and universal new work in their own words and get fans excited for this unique theatrical experience.