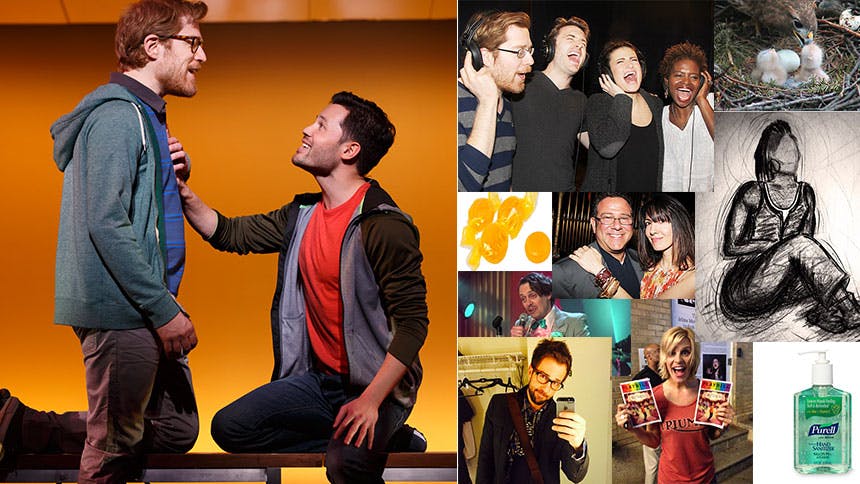 The cast of If/Then is having a ball over at Broadway’s Richard Rodgers Theatre, or at least that’s what we’ve gathered after talking with star Jason Tam (A Chorus Line, Lysistrata Jones, Marry Me A Little).

Tam plays David, a Manhattan doctor who's best friends with Josh and who falls in love with Lucas, in this original new musical about how the simple choices we make effect our entire lives’ course. Below, Tam shares with Broadway 10 things fans may not even know about life backstage with Idina Menzel, Jenn Colella, Curtis Holbrook and the company of If/Then.

1. After Idina makes her five thousandth quick change in the show, and before she comes out at the end of "Hey Kid", Ryann always squirts some hand sanitizer in her hand, and then puts some in Idina's as she makes her way to the stage, and they do a "Sani-Slap!!!" It's trademarked.

2. The stage right crew is serious about sports. If there's any game of anything happening in the world, there's a live feed of it on stage right. And if there's not a game happening, then there's live footage of some fledging birds in a nest somewhere via the Cornell Bird Cam. It's a real thing, Google it. 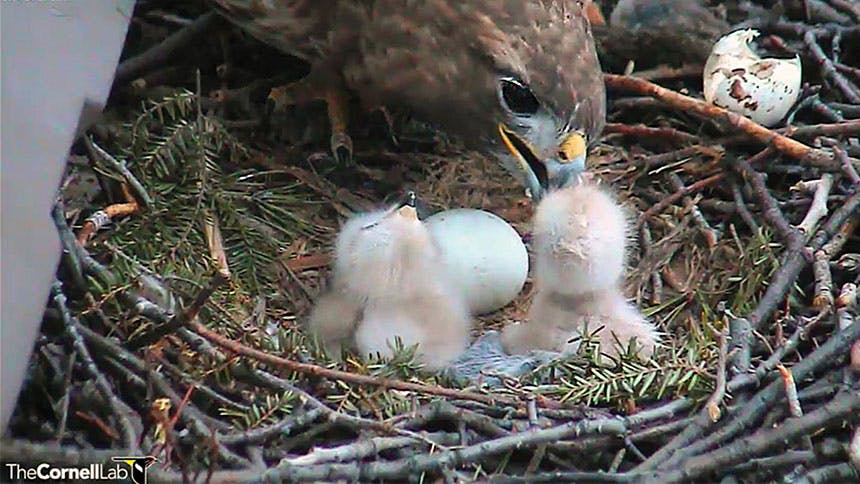 3. We practice on each other. Let me explain. Jenn was scheduled to sing three cut songs from High Fidelity at a concert and wanted to perform them in front of an audience beforehand, so me, Stephanie, and Jackie got a Jenn Colella mini-concert during our break in act one! Another time, I agreed to sing a song with the Skivvies and I was nervous about having to perform in my underwear, so Jenn and Jackie lovingly whooped and hollered at me while I practiced my naked singing in front of them. Stuff like that.

4. There's a raised platform on stage left where the stage manager calls the show, and where we enter and exit the catwalk. It's very, very small, maybe 10 square feet. Towards the end of "Surprise!" twelve of us, as well as whoever's calling the show that day, somehow magically huddle together and fit on this tiny platform in the dark before we make our final entrance. It's a good thing we love each other. 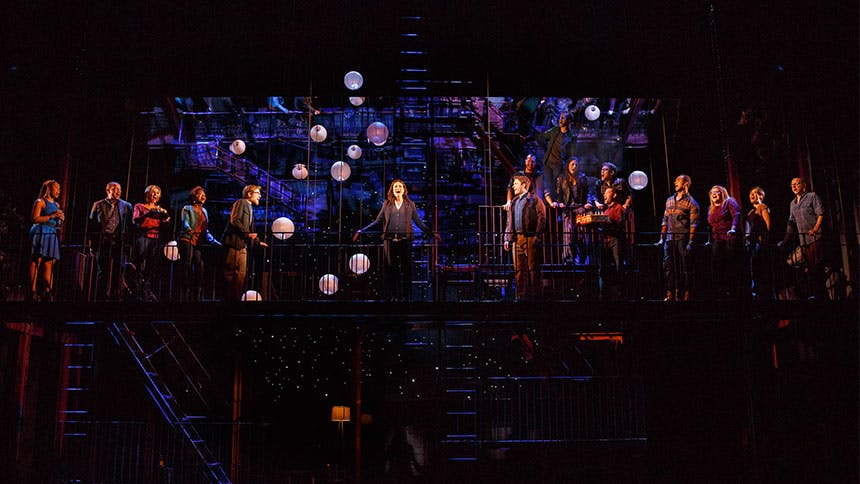 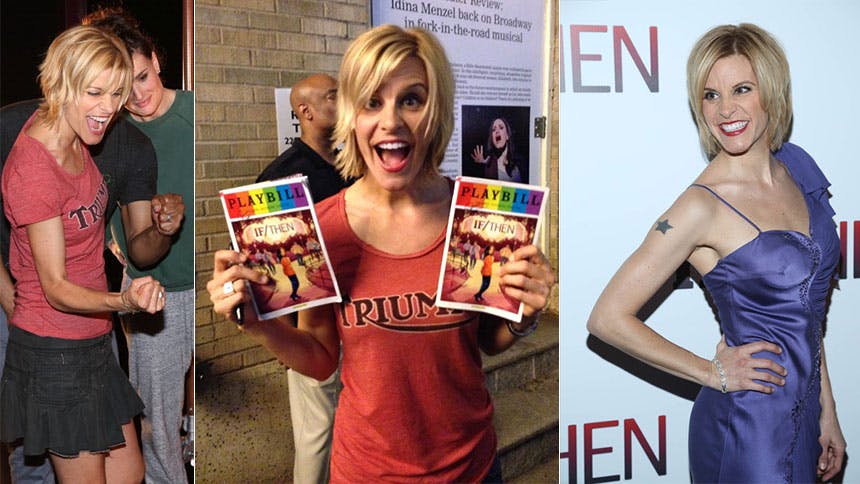 6. Scottie the stagehand has pockets full of butterscotch and root beer candies. He often offers them during a quick change, or right before you have to enter, just to keep things interesting. 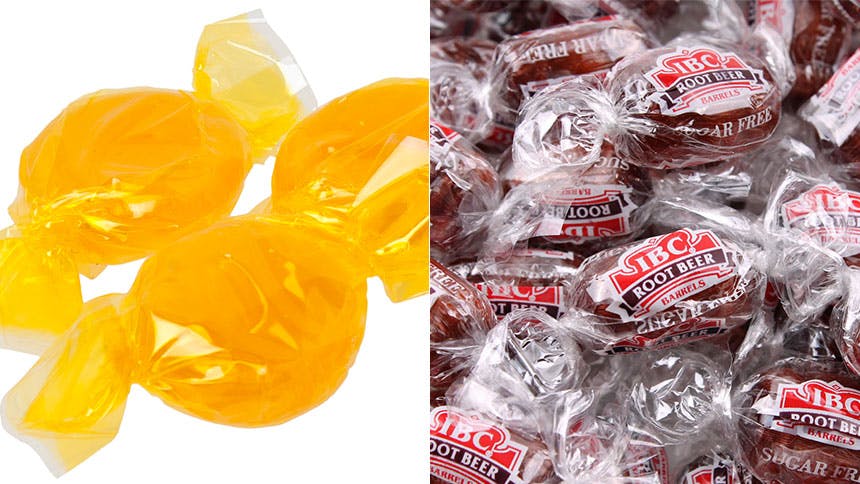 7. Before Curtis stepped into the Lucas track while Anthony recovers, he played a sketch artist in the two park scenes that book end the musical. He started out doing really good drawings of Tamika, but eventually just filled the sketchpad with dicks. Every single kind of schlong you can imagine has been drawn in that sketchpad on stage. High art and low art coming together. I think someday someone will buy it at the BC/EFA Flea Market for a lot of money, and it might be me. 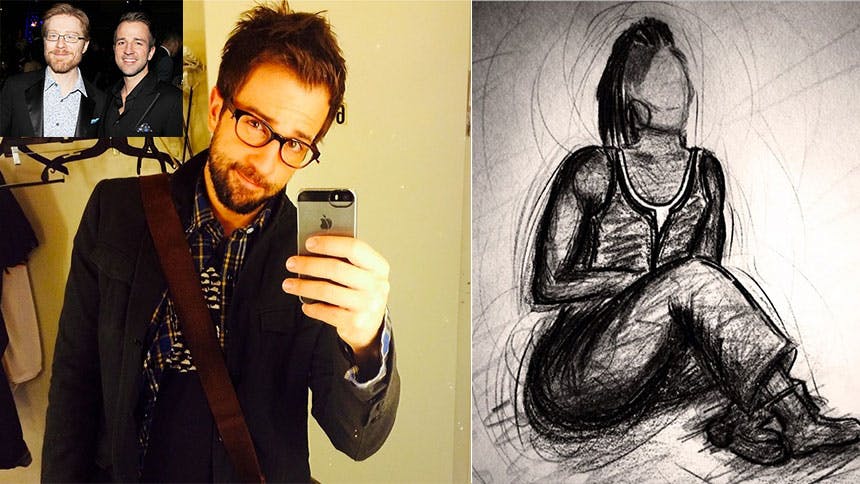 8. During "No More Wasted Time" when the four women are wailing at the end, Idina is given an iPad. Sometimes various things appear on this functioning iPad, like maybe Steve Buscemi's face. The options are as limitless as the Internet. Use your imagination. 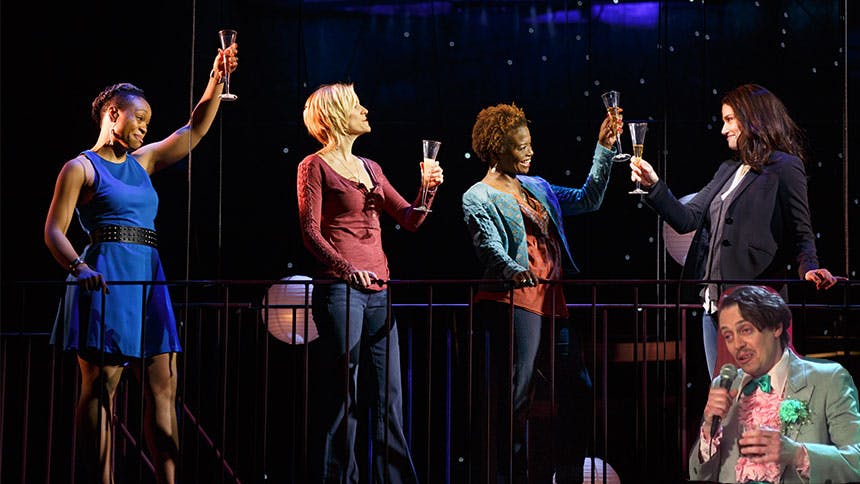 
9. While we were in rehearsal Larry Keigwin would often say "Pause, pause, pause," and whenever he said that Curtis would immediately stand still and make cat/bunny paws. Eventually the entire cast picked up on it, so you'd have a stage of fully-grown adults making paw-hands several times a day.

10. Our vocal arranger AnnMarie Milazzo is a synesthete, meaning her senses blur together, and she sees/feels music as patterns and textures. So at various times in the music, we've been directed to sound like the way moss looks, or skittles, or Jesus clouds. Next time you come to the show, see if you can figure out where! 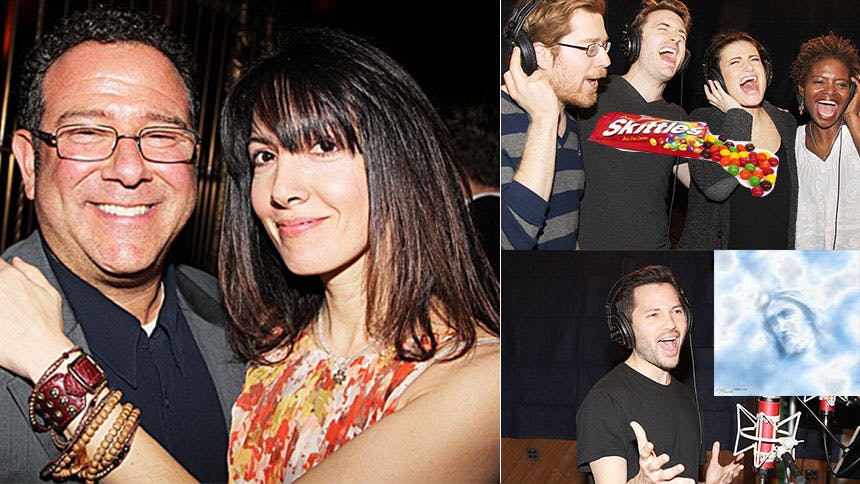 'If/Then' director Michael Greif and AnnMarie Milazzo plus the cast, skittles and a Jesus cloud.

Now after knowing all this about the If/Then gang, run to the Richard Rodgers Theatre to see them live.