From Madison County to New York City: It’s All In the Set List with 54 Below’s Elena Shaddow 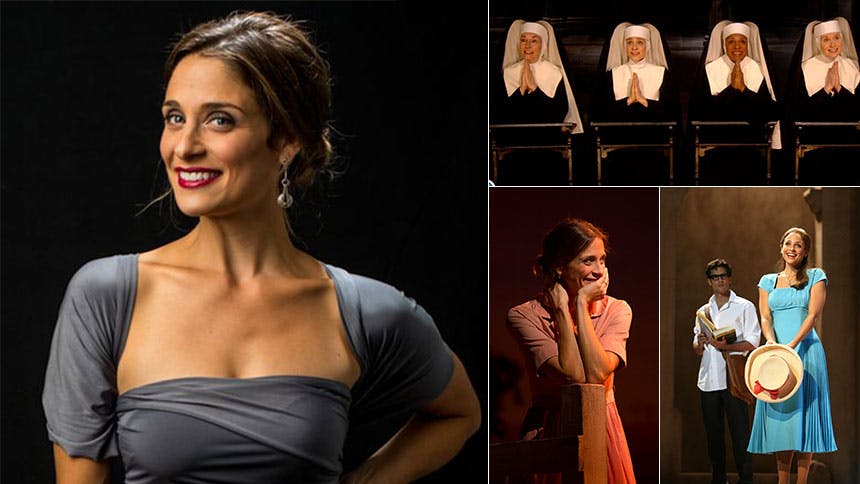 Broadway’s Elena Shaddow takes the stage at 54 Below on September 6 for a new concert that will thrill musical theatre enthusiasts: Always Better: The New Golden Age of Broadway, an evening of songs from Broadway’s best contemporary composers. And Shaddow knows from composers, she’s starred in Adam Guettel’s gorgeous The Light in the Piazza, R&H’s The Sound of Music, Jerry Herman’s La Cage, Hamlisch’s Sweet Smell of Success and Lloyd Webber’s The Woman in White. Oh and of course, she created the role of Francesca in the world premiere production of Jason Robert Brown’s The Bridges of Madison County. (Get a glimpse of her stunning performance in this video with the Tony-winning composer.)


BroadwayBox caught up with Shaddow for a 10-question interview about Broadway, motherhood and love in which she could only respond to each question with a song from her upcoming 54 Below set list.

Song to describe growing up:
“Patience” by Peter Mills—this song is all about waiting for your deepest dream to come true;in my case I spent my entire youth dreaming of performing and singing for a living.

Song to describe The Sound of Music Live:
“I Was Here” by Ahrens and Flaherty. The fact that I got perform alongside one of my idols (Audra McDonald) was truly a dream realized. “I Was Here” speaks about why we do what we do as actors—for me it's about loving my job and sharing my passion for music and acting. That experience was the combination of all those things.


Song to describe working with Jason Robert Brown on Bridges:
“Always Better”—I wouldn't have changed a thing about my experience working with Jason and the entire creative team of Bridges. “Always Better” posits that no matter the challenges and whether the choice was wrong or right, the fact that it happened was a blessing and a gift. And that's exactly how I feel about my experience with Bridges. And Jason.

Song to describe my time in Piazza:
“I Give You My Hand” by Maury Yeston—being on the road is hard and it takes a certain amount of commitment. And it was a beautiful one.”

Song to describe motherhood:
“Spread a Little Joy.” This song is so deliriously happy—it was from a musical that Andrew Lippa was writing but it never got produced. I feel giddy just saying the title. I think it's so important to instill the joy of life into our children—to see the gifts in the every day activities that add up to make a full and happy life. I also think that children in and of themselves are little bundles of pure light and joy and I am proud to have shared two of them with the world. So far. :)


Song to describe a typical Saturday night:
“Home”—haha. I think that title speaks for itself. I'm either working in a theater on Saturday nights or I'll be home.

Song to describe my relationship with New York City:
“Palimpsest” by Georgia Stitt. Georgia wrote a beautiful song about the way the city changes but how it stays with you even afterward. I moved to NJ from NYC three years ago but it stays with me and definitely made me the woman I am now.


Song to describe the summer of 2014:
“Little Fish” by Michael John LaChiusa. I've spent this entire summer just home with my family and it has been incredibly restorative. “Little Fish” is all about surrounding yourself with your friends and family and being there for them too.

Song to describe how I feel about love:
“I Choose You.” The first time I heard this song, I felt like Sara Bareilles was singing it expressly to describe my situation. Love is not always easy or self-explanatory. It’s through the choices we make that we show our love and I try every day to make the right choices.


Song I’d use as the Elena Shaddow theme song:
“Awaiting You” by Adam Guettel. This song is all about faith—and waiting for the answers. I try to live with faith in what's to come and that I'm where I'm meant to be.

See Elena Shaddow celebrate the New Golden Age of Broadway in song at 54 Below on September 6.