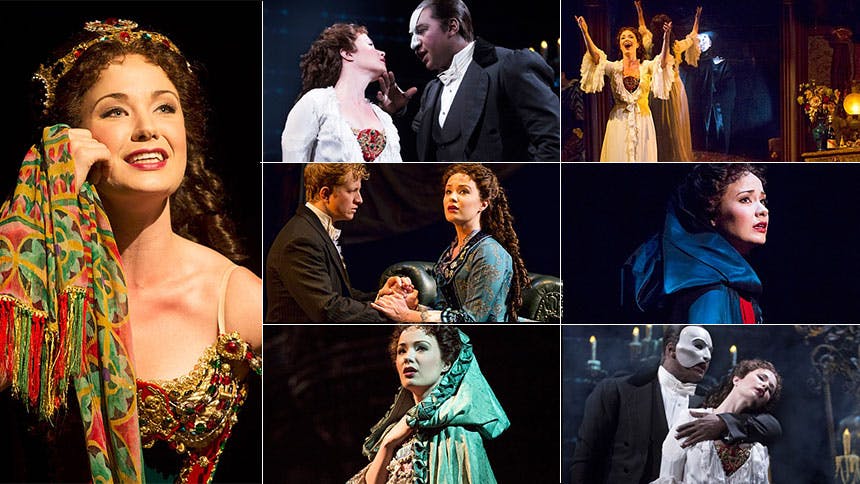 The Angel of Music’s aria is coming to end; Broadway favorite Sierra Boggess plays her final performance as Christine Daae in The Phantom of the Opera on September 6, 2014, and as anyone who has seen her can attest: you’ve haven’t really experienced Phantom until you’ve seen Boggess live. (No shade Ms. Brightman.) Now, since you only have five performances left to see Sierra at the Majestic Theatre, we’ll share with you our five favorite things about her Christine Daae—and some GIFS to go with it.


This might be kind of a duh considering she's played Christine in the 25th anniversary in New York and London, opened the show in Vegas and he cast her as Christine in the Phantom sequel Love Never Dies, but read on for the wonderful things he's actually said about her performance.

“She’s the best, the best Christine certainly!” he told Broadway.com.
“She has one of the most sublime soprano voices I have ever worked with. She has perfect pitch which means she never sings off key. Her vocal control and power are combined with an emotional intensity only a real actress can bring to a role.” Lord Lloyd-Webber says in the liner notes of her Live at 54 recording.

2. Sierra and Norm Lewis (the current Phantom) have a deep connection (#MermaidRoyalty) and it comes through onstage.

3. Her Christine is a real spitfire.

This is no damsel in distress or precious little ingenue, Boggess' Daae is a woman who can take care of herself—she's naturally curious and playful and she has her own strong opinions. Just watch her stand her ground with Carlotta and the men in Act II.

4. The way she pronounces Raoul is just perfection.

5. Her "Wishing You Were Somehow Here Again."


Performed by Boggess, the Act II anthem is one of the most stunning showstoppers on Broadway right now. No one does it like she does.

See Sierra Boggess in The Phantom of the Opera at Broadway's Majestic Theatre through September 6.