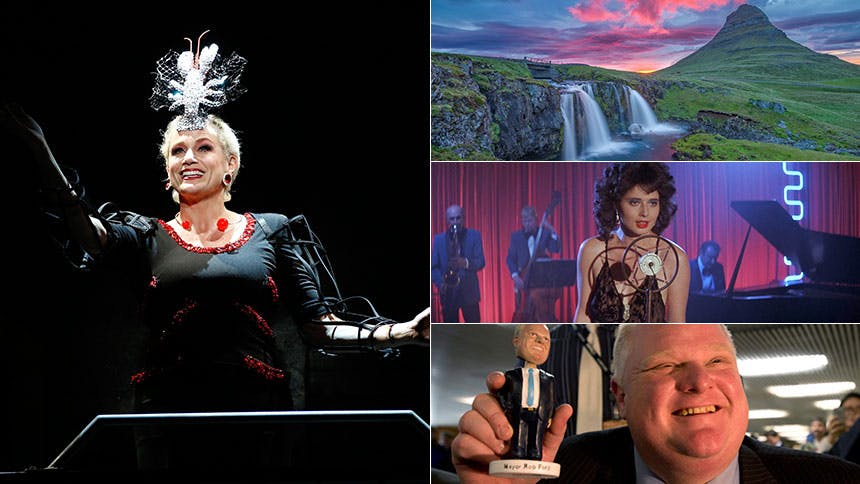 Cady Huffman knows what it takes to stop the show and steal it for herself; she’s being doing it since the Tony-winning The Will Rogers Follies in 1991. She won her own Tony Award in 2001 for her killer performance as sexy blonde bombshell Ulla in the iconic musical The Producers, and by gosh if she didn’t bring us so much joy in last season’s drama The Nance. Now, the Curb Your Enthusiasm vet and Iron Chef America star is giving audiences life as Manuela, the wicked mayor of Elbowville (a microscopic city within Ragnar Agnarsson’s body), in the unique and wildly entertaining new off-Broadway musical Revolution in the Elbow of Ragnar Agnarsson Furniture Painter. 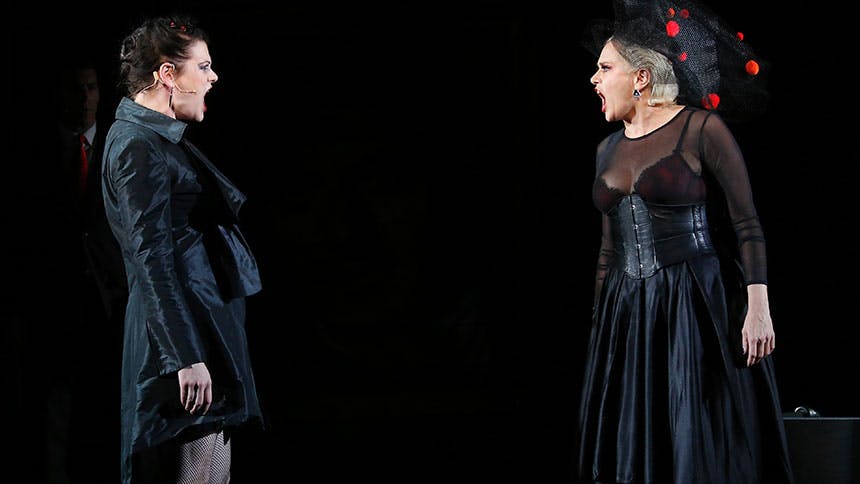 To watch Huffman strut around the stage in crazy, couture costumes and just belt her face off is a treat theatre fans don’t want to miss. (So hurry to Minetta Lane Theatre because this show must close September 20.) Below, Huffman reveals to BroadwayBox the three inspirations she used to create this sleek and sexy stage villain.

“For Manuela’s look, I think the obvious inspiration was Meryl Streep in The Devil Wears Prada, however that was not really my inspiration. I got most of my inspiration from going to Iceland. There is this amazing juxtaposition of opposites everywhere you look: hard lava covered with soft moss, fresh water ponds just yards from the ocean and these beautiful, playful horses that some people eat; and it’s very isolated so it creates this serenity mixed with loneliness. But I didn't want to become Icelandic, I wanted to be Iceland. That was my goal. So Iceland is really my muse.

Something I haven’t told anyone is that what goes through my mind while I’m daydreaming backstage is Isabella Rossellini in Blue Velvet. Because I think if Manuela ever let her guard down, her personal damage would just be heartbreakingly raw. She feels naked and unprotected, which is why I literally wear cages and shapes and strange hats to keep people away, and always say, ‘no cuddling.’ I just love how beautiful and soft Isabella Rossellini is, and I think she’s the other side of the coin to Manuela—what she could be if she chose a different path. That scene where [Isabella] is running around naked and broken, that’s just what Manuela is desperately trying to avoid.

The third is Rob Ford, the mayor of Toronto. I got asked by an interviewer, ‘how do you keep her from becoming a cartoon character?’ And I was like, ‘are you kidding?! These people exist!’ Someone like Rob Ford—that crazy narcissistic insanity that is so over the top—those people are completely real, maybe more real than most of us. I don't find it hard to find this woman’s trueness. She’s just wearing everything on her sleeve. She thinks she’s clever, but there’s not a secret kept.

Don’t miss Tony winner Cady Huffman in Revolution in the Elbow of Ragnar Agnarsson Furniture Painter at the Minetta Lane Theatre through September 20.