Is There a Chance Judy Kuhn Could Repeat the 1986-1987 Broadway Season? 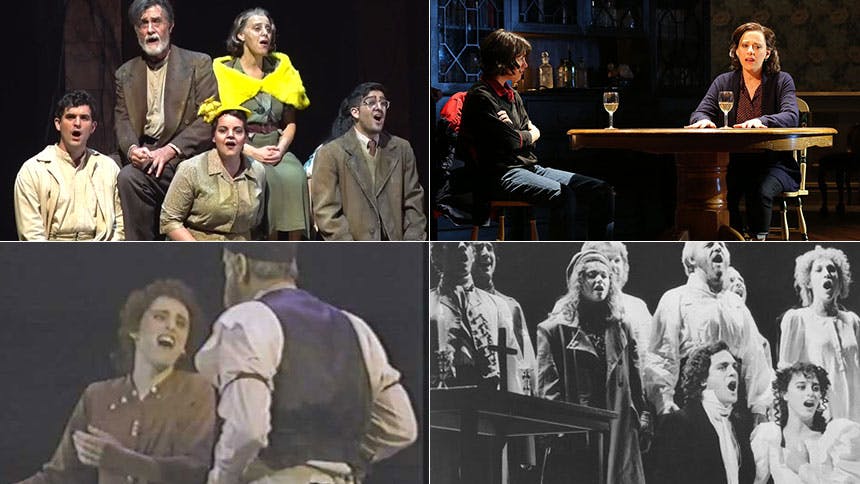 Picture it: The Tony Awards, 1987. Young, first-time nominee Judy Kuhn is the ingénue in not one but two Best Musical contenders: Les Miserables and Rags.

See Judy started the season as Bella Cohen in the new musical Rags in August 1986—and if you’ve never seen her sing that title song, treat yourself now.


But unfortunately Rags only ran four performances, which left Judy Kuhn free to take on the leading role of Cosette in the highly anticipated Broadway transfer of Les Miserables in the spring of 1987.


Then, of course, both musicals were nominated for Best Musical at the 1987 Tony Awards; Kuhn picked up her first nomination for playing Cosette and she performed in both Tony night numbers (above). Wow. So, wouldn’t it be wild if history repeated itself in the 2014-2015 season?

Hear us out (and, of course, this is all speculation and fantasy), what if in the upcoming season Judy Kuhn stars in The Visit in the fall and Fun Home in the spring? Fun Home has already announced plans and performances begin in April 2015 at the Circle in the Square Theatre; and chances are Kuhn is going to reprise her Lortel Award-winning performance as Helen Bechdel. Great! She should. That white wine confession deep in the show is absolutely everything.

But currently, Kuhn is up at the Williamstown Theatre Festival with Chita Rivera, Roger Rees and an esteemed group of performers in John Doyle’s production of Kander and Ebb’s The Visit. And having seen The Visit, it’s really something.


Now, Kander and Ebb’s The Visit has been circling Broadway since 2000, when it was a star vehicle for Angela Lansbury. And current headliner Chita Rivera has been with the show since its Chicago tryout in 2001—working tirelessly to get this gem to Broadway. So with a nice review from The New York Times, could The Visit fill the empty fall slot in Lincoln Center Theater’s season as a limited run? (Since Kelli O’Hara’s The King and I have the Vivian Beaumont booked in the spring in 2015.) And if that were the case, then Judy Kuhn could play an unhappy wife in The Visit in the fall and still hop over to play the put-upon wife in Fun Home in the spring. BAM! Two new musicals and two new Judy Kuhn roles, a full repeat of 1986-1987. Just putting it out there. Just sayin’