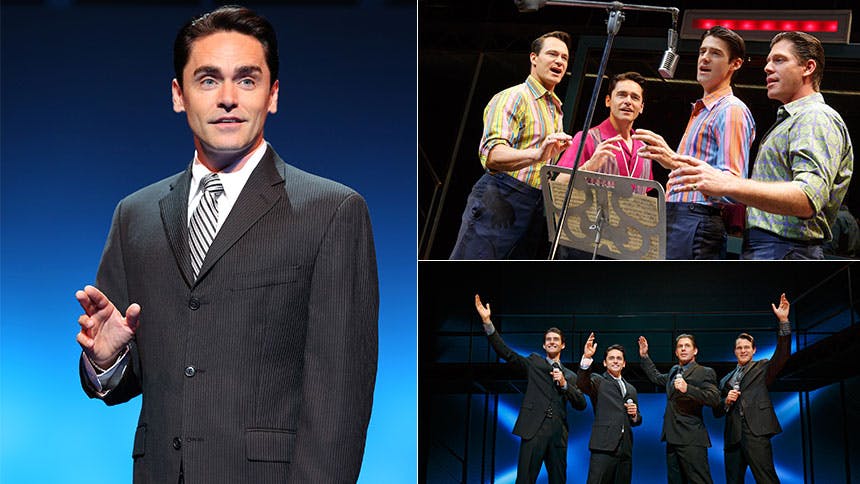 British star Ryan Molloy has crossed the Atlantic to make his Broadway debut as Frankie Valli in Jersey Boys, a role that earned the popular West End actor an Olivier nomination and a What's On Stage People's Choice Award for Best Actor in a Musical.

But before he was Frankie, Molloy headed the international pop group Freddie Goes to Hollywood from 2004-2007; he played Steve Strange in London’s Taboo (that’s the Raúl Esparza part for those who only know the bootlegs); and he won an Olivier Award as part of the acclaimed ensemble of Jerry Springer-The Opera.


But we’re here to talk Jersey Boys, so let’s get to it. Click this video interview to hear Molloy talk about singing through his eyes and getting “the touch” from the real Frankie, but really just to click to hear a Jersey Boy with an English accent.


So now you got a little bit of his process, let’s hear the goods. Kicking it off with “My Eyes Adored You” and “Can’t Take My Eyes Off You.”


Okay, okay. You’re right; it all lives and dies on the “Sherry” and the “Walk Like a Man.” And as you can see, Molloy nails both of those too. This video also has some other fun up-tempo Jersey Boys numbers like “Big Girls Don’t Cry” and “Who Loves You.”


Now that formal introductions have been made, see Ryan Molloy in action at the August Wilson Theatre in Jersey Boys.