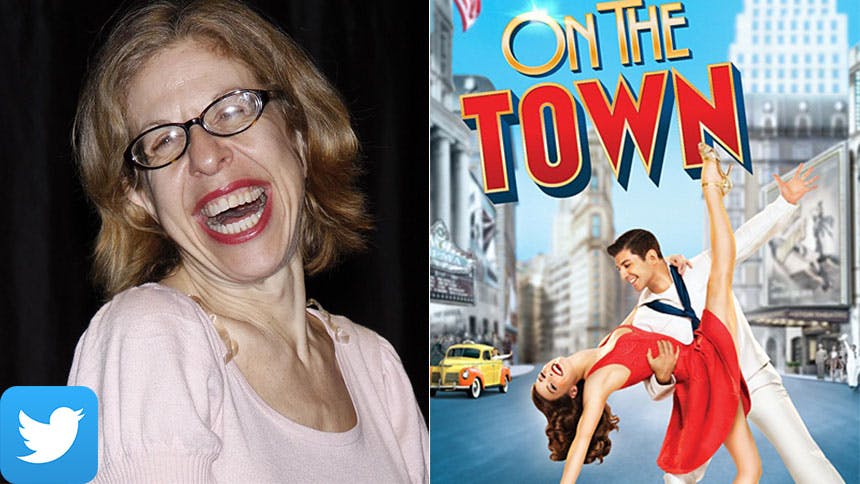 Rehearsals are underway for the splashy Broadway revival of On the Town, and the cast is getting super jazzed on social media. The musical’s trio of sailors (Tony Yazbeck, Jay Armstrong Johnson and Clyde Alves) all took to Twitter to express their excitement surrounding the first day of rehearsal.

Even the official @OntheTownNYC Twitter got in on the fun—posting a load-in photo at the Lyric Theatre.

But let’s face it, new cast member Jackie Hoffman is really just killing it with the rehearsal room Tweets today. Below are five Tweets that reiterate why Hoffman remains Broadway’s reigning funny lady.

Follow Jackie Hoffman for more On the Town fun before experiencing it live at the Lyric Theatre beginning September 20.