Love, Childhood & The Fans: It’s All In the Set List with 54 Below’s Matt Doyle 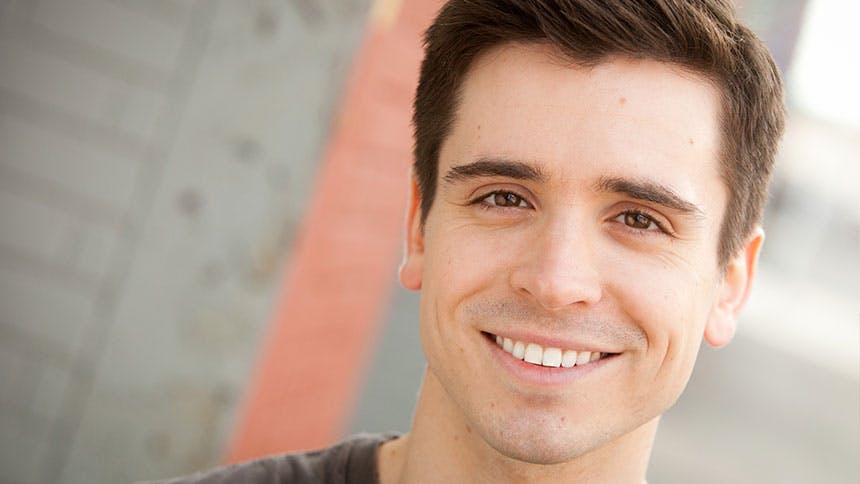 Broadway’s Matt Doyle is back at 54 Below by popular demand. Doyle and his band, the Whiskey 5, take the stage on August 15 and 16, and he is giving a show you won’t want to miss. BroadwayBox caught up with the Spring Awakening, Book of Mormon and Jasper in Deadland alum for a 10-question interview in which he had to respond to each question with a song from the set list of his upcoming 54 Below show.

Song to describe my favorite meal:
"Drink You Away" by Justin Timberlake...He's tried Jack, he's tried Jim, and all of their friends...Oh wait, that's not a meal? No? Ah well.

Song to describe growing up:
"If It Makes You Happy" by Sheryl Crow. Growing up, my mother drove us around in a Volvo station wagon. She played about three cassettes on repeat as we drove back and forth from school. Two of them were Sheryl Crow albums and the other one was Annie Lennox. I adored those albums. This song reminds me of those car rides every time I hear it or sing it. It's one of Sheryl's best.

Song to describe a typical Saturday night:
My original song, "Don't Wait." I love driving. I love road trips. I finally leased my first car! I have been road tripping like crazy lately. I'm usually out of town on the weekends. If my saturday night involves driving to/from somewhere beautiful with friends, I am a happy guy. This song is about a road trip up the Pacific Highway that I took several years ago with my first boyfriend.

Song to describe Jacob:
My original song, "If Morning Can't Wait." Because it's pretty dramatic. Jacob is quite possibly one of the most sensitive and dramatic pups I've ever known. He stares at me and waits for me to wake up in the morning. It's adorably creepy. I love him. He needs to stop that immediately. I love him very much.

Song to describe Laila:
My original song, "What You Stole." That crazy little brat stole my heart the moment I adopted her. She's my baby.

Song to describe my relationship with New York City:
Hah! My original song, "Weigh Me Down." Look, I love NYC. Deeply. I'll never be able to separate myself from it completely. That being said, it's a bit of a love/hate relationship. The city can be exhausting! I happily escaped to Jersey recently after nearly 10 years in midtown Manhattan. I never thought I would, but I'm totally dreaming of a home in the burbs now. Yup. I'm turning into that guy. I want a lawn, a grill, invisible fencing for the dogs, a chef's kitchen...I've got plans. I'm completely insane. But I've got plans.

Song to describe how I feel about love:
"Make You Feel My Love" by Bob Dylan. I've always loved this song. My parents were huge Dylan fans. It's lyrically astonishing, as most of Dylan's work is. I adore the Adele cover, as well. I'm an absurdly romantic guy, probably to a fault. Alright, I'm a huge cornball and take myself way too seriously sometimes. The promise in this song is heartbreakingly beautiful. Words I try to live and love by.

Song to describe the summer of 2014:
"The Science of Flight" from Brooklynite! Brooklynite is a brand new show I have been workshopping with Michael Mayer. It's a wonderfully inventive, exciting, and hilarious pop/rock musical that's opening at the Vineyard Theater this winter. We just finished our summer workshop in preparation for the upcoming run. This song has been on repeat in my head! People will be very excited after they hear this amazing piece from Peter Lerman's superb score. No really, it kicks ass.

Song to describe my fans:
"Man In The Mirror" by Michael Jackson/Glen Ballard. A song about bravery and standing up for what you believe in. I have some really cool fans. I'm very moved by how brave many of them are. A lot of them have shared their personal stories with me over the years. They inspire me a great deal.

Song I’d use as the Matt Doyle theme song:
My original song, "Home." It seems to be the song that my fans know the most. It's a deeply personal, simple song about family. Very proud of that one.

Feinstein's/54 Below
Best Priced Tickets
Newer
Phoenix Director Jennifer Delia Addresses Her Critics as She Explains the Yoga Scene, the Background Art & More
Older
It’s Time to Play a Party Game with the Celebrity Cast of You Can’t Take It With You
Sign up for BroadwayBox Discount Alerts