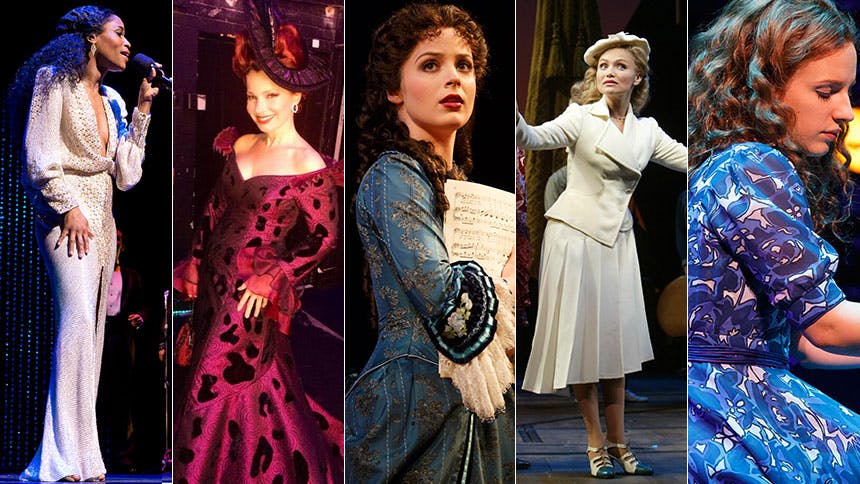 As all eyes in the fashion world are on New York City for the semi-annual Mercedes-Benz Fashion Week, BroadwayBox is giving it up for the 10 best dressed characters currently on Broadway. Get ready as witches, music icons and fairy tale characters storm this Times Square runway.

From dancing queen to fashion queen.

The key to being popular is a killer wardrobe.

On stage Carole King is just a beautiful, natural woman. (And that blue number in the middle is everything when you see it live!)

7. Sibella, A Gentleman’s Guide to Love and Murder

The D’Ysquith clan would die to look as divine as the social-climbing tart Sibella.

Fran Drescher is bringing couture to this classic fairy tale.

Cynthia Weil's wardrobe is so polished, it would make any 'Mad Men' character jealous.

4. Fantasia Barrino as herself, After Midnight

Decked out in stunning Isabel and Ruben Toledo gowns, Fantasia looks like a star headliner should.

3. Christine Daae, Phantom of the Opera

Even as she is stalked by a killer Phantom, Christine's look is always flawless and expensive.

Sex is in the heel, the skirt, and just about any other article of clothing worn by Ms. Lola in 'Kinky Boots.'

There's no easy way to describe the onstage looks of Broadway's best dressed character, Diana Ross in 'Motown.' They must be experienced and appreciated live.