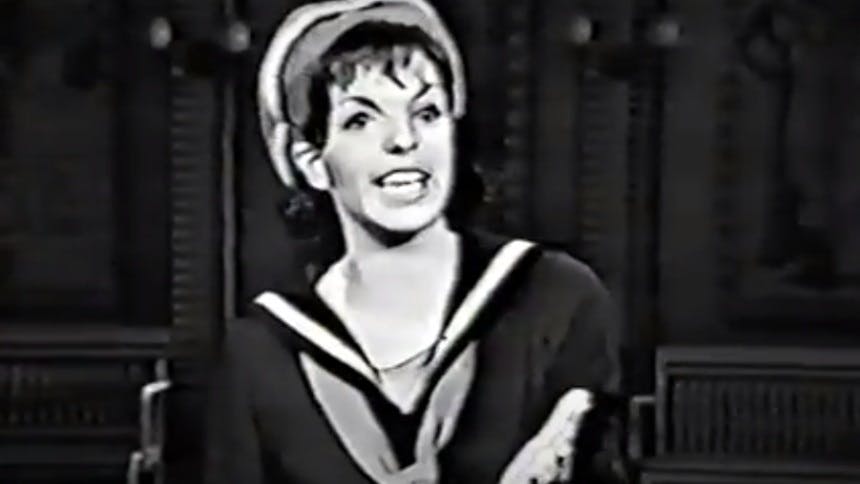 
Ulterior Motives: Friday's Hot Clip of the Day celebrated a Broadway opening at the Alvin Theatre (now the Neil Simon) and we have another show with a not even three month run three years later!

19 year old Liza Minnelli made her Broadway debut in this John Kander and Fred Ebb musical comedy in the title role. The show is a Great Depression era set musical where fashion designer Flora is looking for one good break aka a job (p.s. another great song from the show "All I Need is One Good Break" - give the cast album a spin!). Flora finds love with a fellow and then there's a Communist storyline. Let's focus on Liza singing this Kander & Ebb tune before the plot gets too confusing! Liza won her first Tony Award on this show no less and you'll see why when you hear her slay the house down on this Kander and Ebb tune.

Ultimate 🙌 🙌 moment: The whole song is absolutely electric because Liza is electric. We love a Kander and Ebb key change and they don't disappoint here because there are about 70, Key Changes, 70 (Kander & Ebb humor!). The song really truly takes off at 2:14. The clapping! One of Liza's gifts, and we are a fan of her mom's gift for this too, is knowing the precise syncopation of the music and emphasizing it with her movement. It can be ever so subtle too. At 2:48 she make a sharp look right on the downbeat and it's so musical. Such a legend.

Newer
There Are GIF Things We Could Do with the 1994 GREASE Cast Album!
Older
She's "A Cool Mom"! 8 Lovely Videos of Kerry Butler, The Original MEAN GIRLS Cool Mom
Sign up for BroadwayBox Discount Alerts