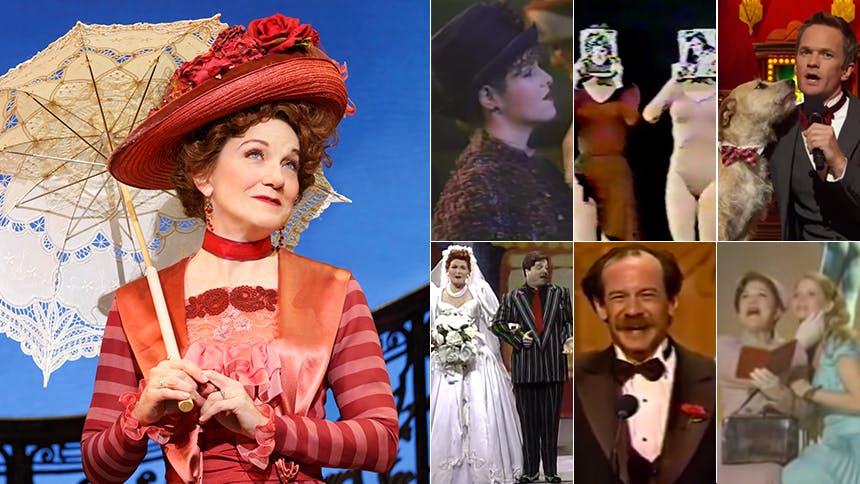 Elegant, gorgeous, moving—all words that can be used to describe Victoria Clark's Tony-nominated performance as Mamita, the title character's grandmother who manages Gigi's love affairs while also rekindling a lost love of her own, in the lush revival of Gigi. And what a role it is; as Mamita, Clark sings all the musical's best songs: "Thank Heaven For Little Girls", "I Remember It Well", "The Night They Invented Champagne", "I'm Glad I'm Not Young Anymore" and her big 11 o'clock, full-soprano moment "Say A Prayer". The nomination is Clark's fourth, having previously won 10 years ago for her unforgettable star turn in The Light in the Piazza. Below, she recalls that infamous night and her other most memorable Tony Awards moments.

In chronological order, these are some of my fondest TONY memories...


Back in those days, the segments were longer, and really gave you a sense of the shows and the characters. This segment is nearly 8 minutes long, and thrilling. I remember watching this in my living room in Dallas, and loving life.

1984: First Act Finale from Sunday in the Park with George, starring Bernadette Peters and Mandy Patinkin.


One of the most moving and honest moments I can remember.

1992: First time I performed on the Tony's: "Sit Down You're Rockin' the Boat" from Guys and Dolls.


1997: Bebe Neuwirth and Ann Reinking performing "All That Jazz" and "Hot Honey Rag" from Chicago.


When my body mike went out at the beginning of the Piazza segment and I had to go on with a gigantic hand-held mic. You can see me checking in with the stage manager who was underneath and beside the handheld camera to see if my own mic was working yet... hilarious.

2005. My acceptance speech for The Light in the Piazza


The year I won, there is a shot of my son, and his face says it all.


One of the best openings, and Neil Patrick Harris' performance just flawless. Also, love the live cameos from the audience!


My son TL and I were on the front row and saw the whole thing live and nearly fell out of our chairs.