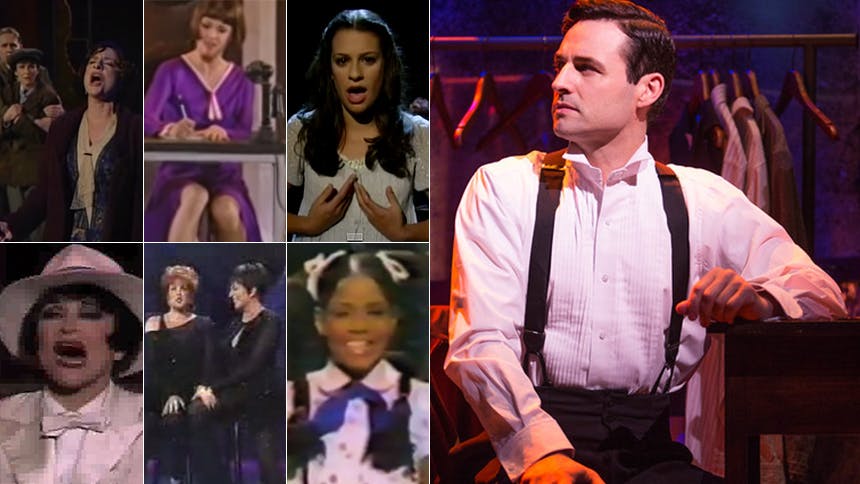 Although Max von Essen has delighted New York audiences in Evita, Les Miserables, Death Takes a Holiday, Jesus Christ Superstar and Dance of the Vampires, 2015 is the breakout season for the first-time Tony nominee. von Essen truly brings it to another level as Henri Baurel, a French aristocrat with romantic troubles who dreams of making a life performing, in the new hit musical An American in Paris. His big number "I'll Build a Stairway to Paradise" leaves audiences giddy and cheering for more. So what a treat to have this Tony-nominated showstopper count down his 10 favorite Tony Awards musical numbers.


This was such an incredible moment in time because Sutton Foster became a star that year. I saw the invited dress rehearsal for Thoroughly Modern Mille and the opening night and knew it. On Tony night, the world got to see it.


I adored this show off-broadway and on, and I loved this moment! It brought a new style and language to the Tonys. A youthful turning point in theater. I just loved it.


I remember being a kid and always seeing commercials for Evita, and then I saw this moment on the Tonys. I was too young to understand quite what I was witnessing but thanks to YouTube, I sure get it now.


I was obsessed with this show as a kid and loved the grand, over the top Follies format. And the choreography? Ugh, genius!!! I've been dreaming of being in a show like this since then.


I remember sitting in the audience at Radio City Music Hall that year and losing my mind. An epic number!


I mean, Jesus, she ate up this song, spit it out, and almost blew all the scenery off of the stage. She is a powerhouse of the highest order.


I saw this show 4 times and couldn't wait to see what they would do on the Tonys. Chita is a Broadway legend and my only conundrum in life, is if I ever get to do this show, who will I play? Molina, Valentin...or the Spider Woman?


I adore this number because it reminds me of the old variety shows where stars would sing these incredible endless medleys every week. Such an amazing time for television and we had a taste of that on Tonys night.


No list is complete without this legendary show-stopping performance by Jennifer Holliday. Dreamgirls was the first Broadway show I ever saw, and it left quite an impression. This Tonys number is thrilling.