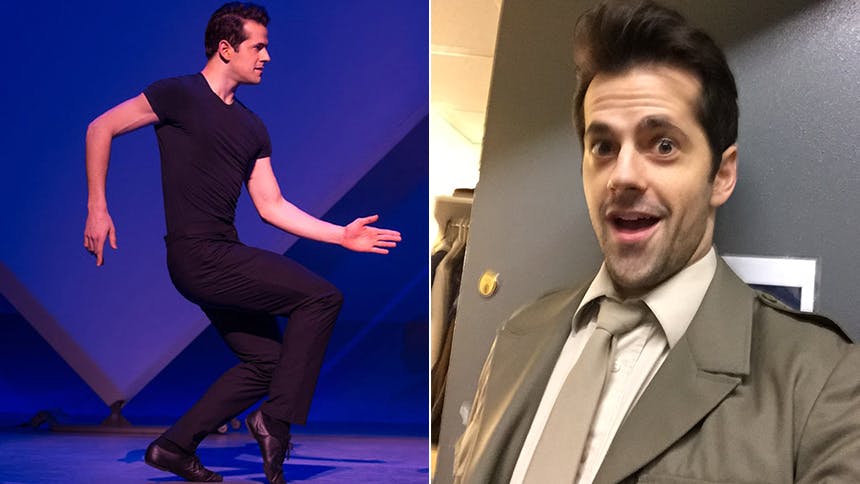 In one season, Robert Fairchild went from principal dancer with the New York City Ballet to Outer Critics Circle Award-winning, Tony-nominated Broadway leading man thanks to his remarkable Main Stem debut as Jerry Mulligan—an American soldier and artist living in Paris after WWII—in the 12-time nominated new musical An American in Paris. For this triple threat matinee idol, following in the steps the movie musical's Jerry Mulligan, Gene Kelly, is a dream come true, and below he talks to BroadwayBox about Kelly, this whirlwind B'way season and a very memorable ballet costume.

1. The scene that really makes me love Jerry as a kindred spirit is:
“Beginner's Luck” and “Fidgety Feet.” They're scenes where Jerry is at his most playful. He sheds his identity as a soldier and just lets loose.

2. If I had to describe my other two musketeers (Max and Brandon) as drinks, the cocktail that best describes each’s personality:
Brandon would be a Manhattan, and Max would be a Vodka Martini.

3. My favorite rehearsal memory with Christopher Wheeldon and Leanne has to have been:
When we finished doing our terrace scene and Chris said to the entire room, "Ladies and Gentlemen, these are actors." For two ballet dancers doing this for the first time, it was such a sweet and huge compliment. 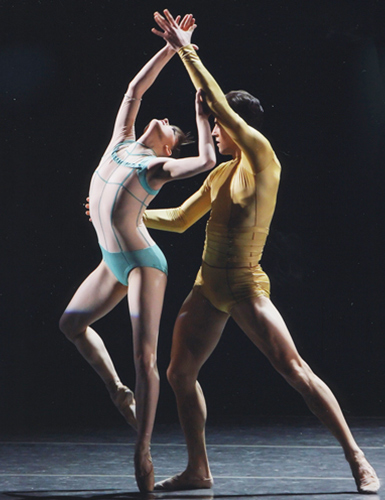 5. To share this Broadway season and experience with my sister Megan has been:
Such a gift. We both feel so lucky!!!!

8. TV show I don’t miss an episode of:
Homeland.

9. Best souvenir I bought during our Paris tryout:
A beautiful burgundy suit and a cream colored dressy jacket.

10. My desert island film and album would have to be:
La Vie en Rose
Garden State Soundtrack

Head to Broadway’s Palace Theatre to see Robert Fairchild’s OCC-winning starring performance in the hit musical An American in Paris.