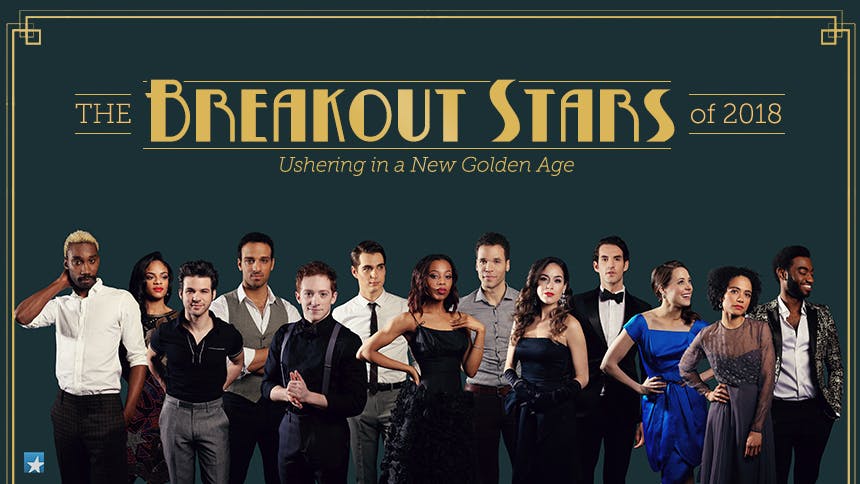 Get ready to totally lose your mind while also living your best life because this year's spring photo series (shot by the wonderful Curtis Brown) is all about the young breakout stars of the 2017/2018 Broadway season. These incredible talents—who have been Tony nominated, Drama Desk nominated, or just absolutely beloved by fans—all either made their Broadway debuts this season or gave standout performances opening new musicals and plays. Since we believe this talented bunch will usher in a new "Golden Age" on Broadway, we styled them in the style of the original age and photographed each at the beautiful The Hudson Theatre (home to next season's new musical Head Over Heels). Every Tuesday and Thursday leading up to the 2018 Tony Awards, BroadwayBox drops a new photoshoot and interview with each of these 13 stars.

My Fair Lady
Best Priced Tickets
Newer
Once On This Island Stars & Creators Talk About Michael Arden's Vision, Casting Ti Moune, & the Tradition of Telling the Stories
Older
Your Cinco de Mayo Is Not Complete Without These New, Easy School of Rock Margaritas Recipes
Sign up for BroadwayBox Discount Alerts